It's a robot fish that collects all the litter from the sea. Inside, it burns rubbish to keep it going. It also collects movement energy from the waves and fish from the fins. Humans control the robot fish. It has sensors so no fish are harmed.

Lainey this is an amazing invention. I love it, and also your drawing! It's brilliant that you've thought so much about how The Sea Sweeper works and how it will look after the fish whilst cleaning up the oceans. Keep inventing! 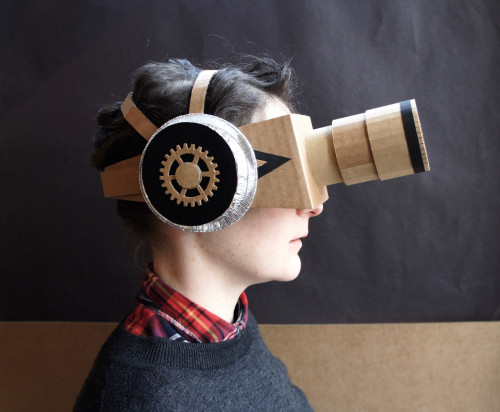 Objects and inventions that have and tell story.

Lainey's ingenious invention tackles several environmental issues. It harnesses wave energy to create and store energy but it also collects refuse from the ocean, all the while being careful not to harm or scare sea life through its fish design and built-in sensors. Lainey was inspired after watching David Attenborough and Blue Planet and she wanted to help. She represents her ideas through wonderful drawings with great artistic flair.

Lottie Smith has been working on making this idea real.
Initial Ideas

Absolutely loved this idea from Lainey. Our oceans, seas and rivers could really do with such a useful invention and the wonderfully detailed and well thought out drawing sparked a lot of ideas.

I really like how the Seasweeper1000 has potential to come in lots of different sizes and shapes too, maybe as big as a whale for somewhere like the Great Pacific garbage patch or a tiny little Pufferfish to collect microplastics on coral reefs. The idea has so many useful applications.

It's a clever thought to power the SeaSweeper by burning the rubbish it collects but I was thinking that perhaps there's so much rubbish in the sea that it might not even need that much energy to swim about!

So rather than waste extra energy I've been thinking about how the SeaSweeper could collect and also sort the rubbish. Any items that are recyclable could be stored and brought back to be recycled. Burning the rubbish that can't be reused to produce power will also make sure there is more room to store the recyclable items, meaning it doesn’t have to come back so often. You could also use these trips back to land to make any essential repairs and insure it doesn’t break down deep in the ocean and become floating rubbish itself!

I’ve included some drawings that I’ve made after studying Lainey’s idea that explain a little more how I think the invention would work.