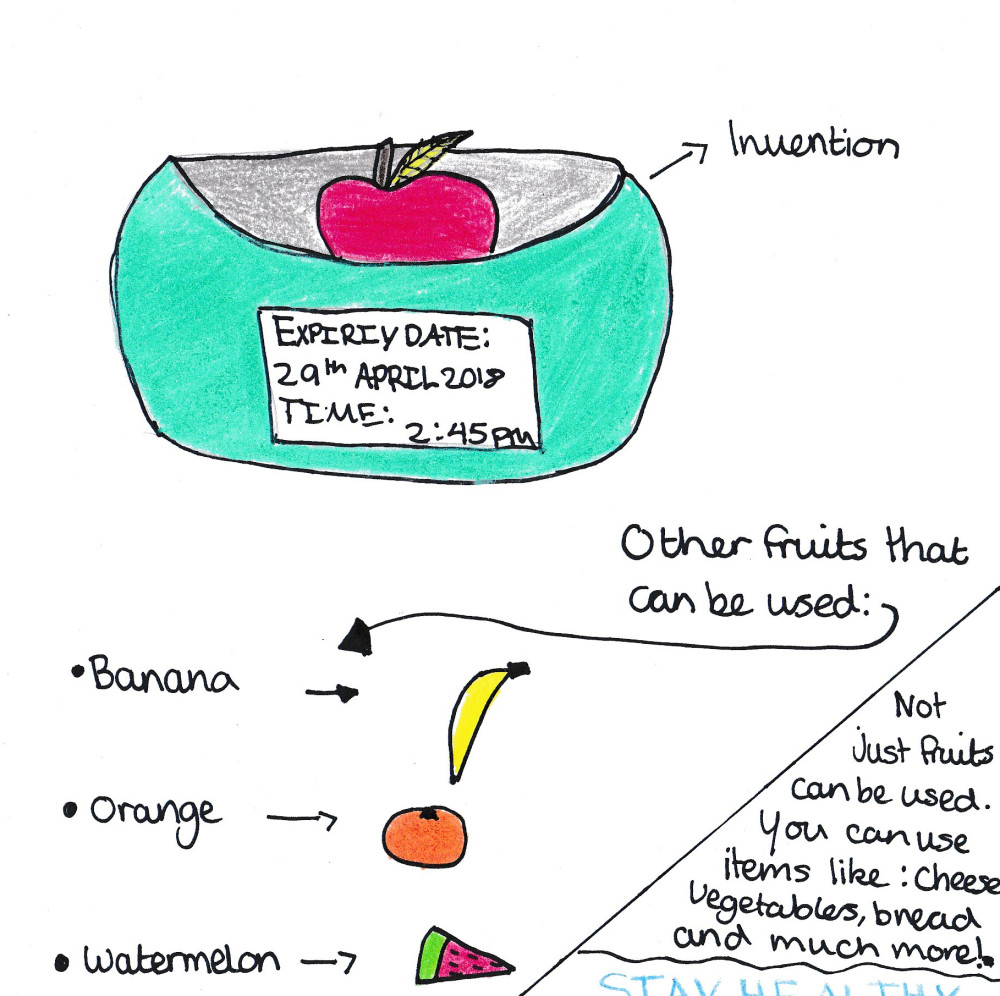 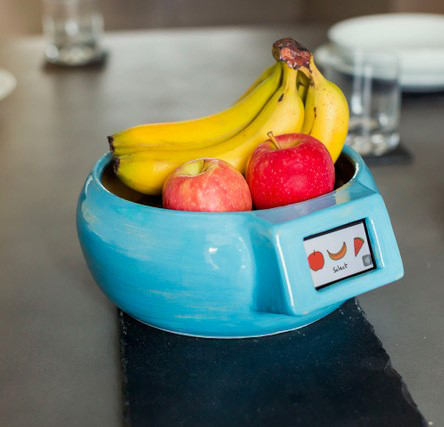 The alarm cup is a device that you use to prevent your food from expiring. You place your item in the container and set the alarm for the day that it expires. The alarm will ring two days before the date so that you have enough time to eat or use it.
it is made out of metal.

Fantastic idea, Rumaan, It's a really good point that it's much harder to monitor food when it's not labelled or in the fridge. As a fan of fresh fruit myself, it's always so disappointing (and a little icky!)  to bite into a pear that has become too ripe, and always feels like such a waste to have missed the chance to enjoy such a beautiful fruit! Well done, we're not surprised that your invention has captured the attention of Ocado and so many more!! Congratulations and keep the brillianr ideas coming!! 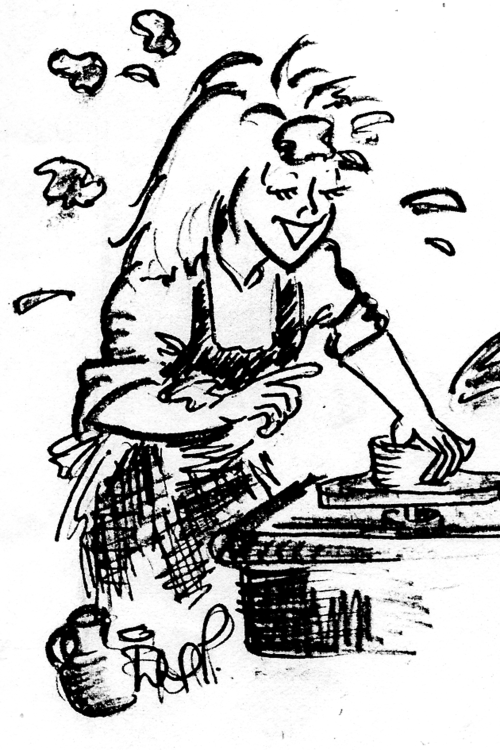 Working from my own studio and gallery ,  I create a variety of unique pottery figurines and collectibles, both functional and decorative as well as throwing pots on the potter's wheel.
I love a challenge.  Commissions most welcome.

The ingenious idea for the Alarm Cup was brought to life by Chief Inventor Dominic Wilcox and ceramicist Donnas Peterson. 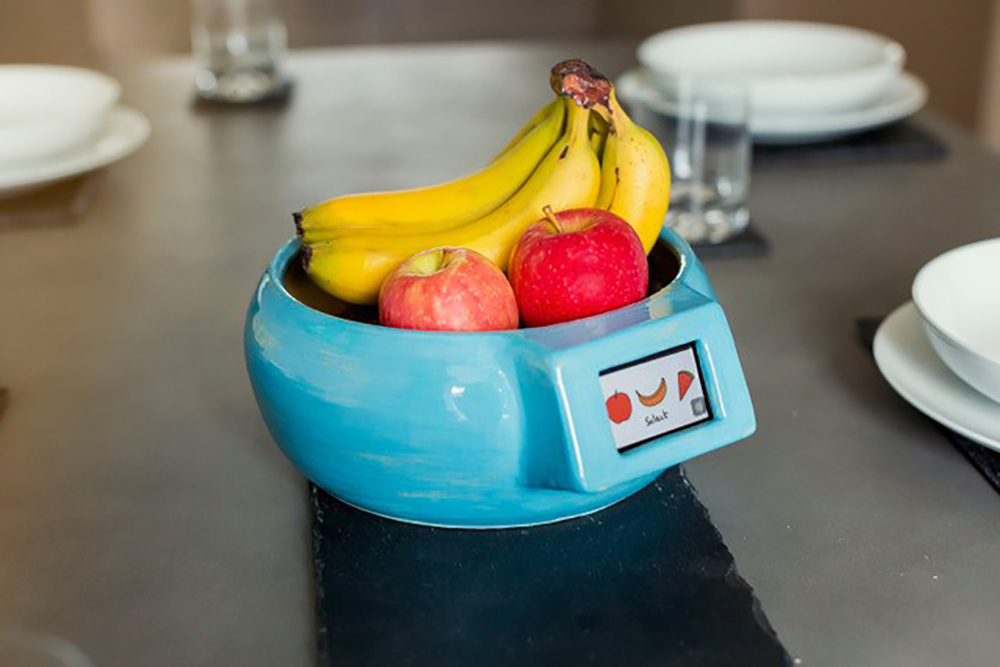 Rumaan said about her idea "I started thinking about what we throw away at home and what would help us stop this happening. Apples are my favourite fruit, but they were always going all soft when my mum left them out in the fruit bowl and forgot about them...

...That’s when I thought of my idea and started drawing the Alarm Cup. I thought that we all need something that could help us use up our fruit by sounding an alarm before it goes off, instead of letting it end up in the bin. I couldn’t believe it when my teacher told me I had won!"

The completed alarm cup is a ceramic bowl with an inbuilt app that you can use to program the expiry date of the food. An alarm will sound when the food is about to expire, ingenious! 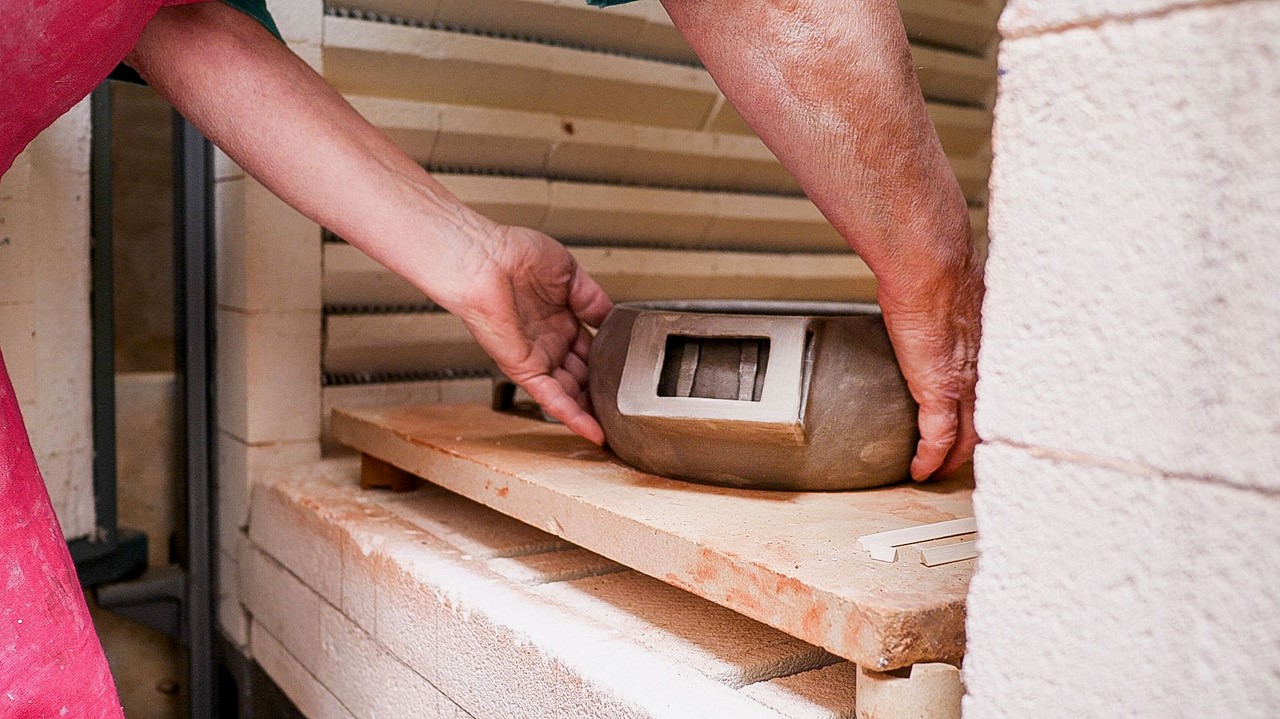 Rumaan's alarm cup going into the kiln to be fired.

The completed alarm cup is a ceramic bowl with an inbuilt app that you can use to program the expiry date of the food. An alarm will sound when the food is about to expire, ingenious!

Donnas said 'I feel privileged to have played a role in turning the child's invention into reality. Hand thrown on my potter's wheel, Rumaan's clever 'alarm cup' idea is a simple yet effective way to help combat food waste. The internal pedestal also thrown on my potter's wheel, complete with holes makes absolute sense for air to circulate inside. The idea to include a little device to alert you is such a useful feature. Well done Rumaan - I wish I had thought of it! 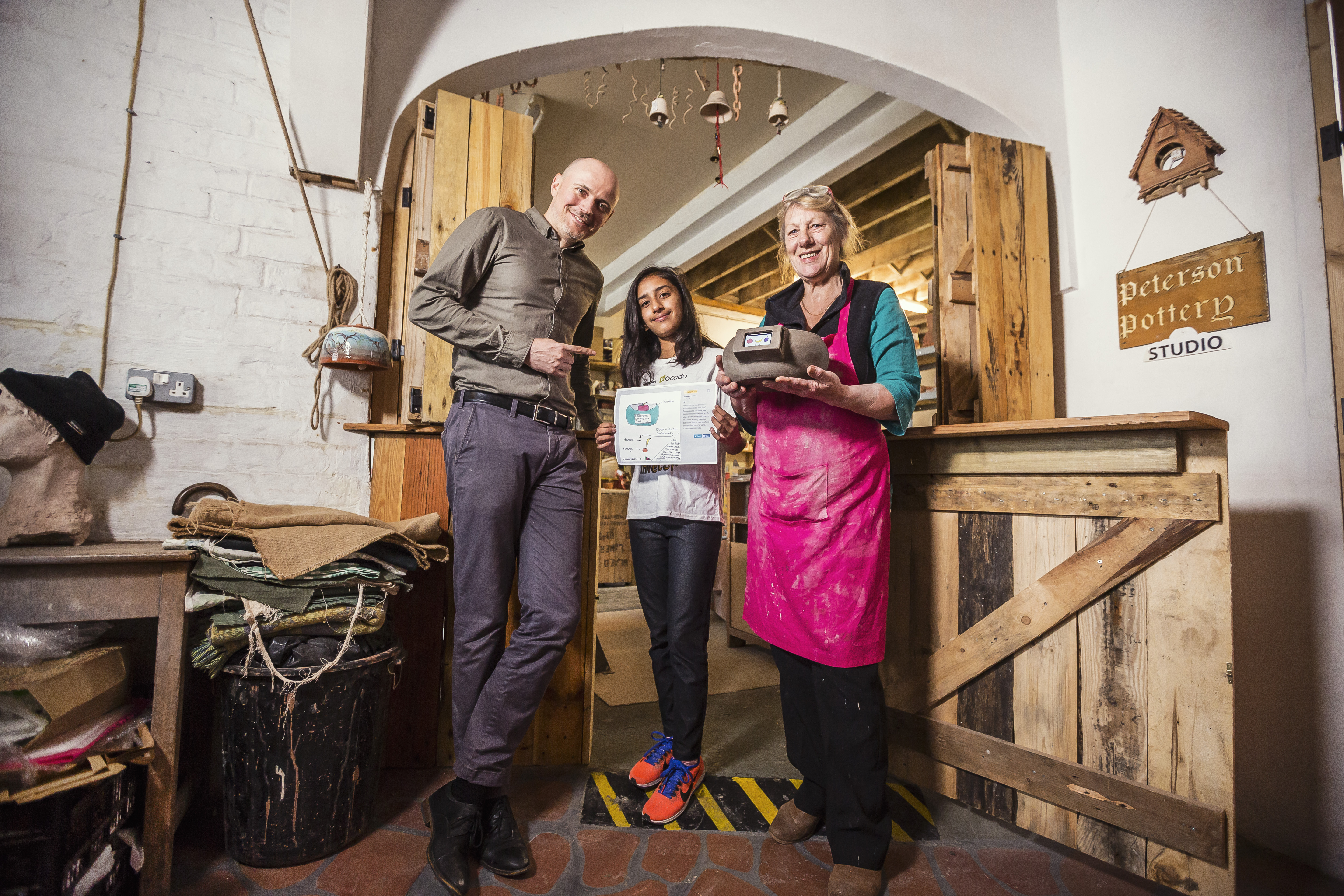 Rumaan got the chance to visit Peterson pottery studio to see her invention being made real!

What our experts think! We were particularly impressed by Rumaan’s invention as it addresses one of the key reasons food ends up in the bin: not using it in time. Even if we understand the difference between date labels, we can still struggle to use what we’ve bought.

The Alarm Cup challenges this by reminding us when our food needs using up, and nudges us towards adopting positive behaviours that can help to reduce the five million tonnes of good food wasted from our homes every year.