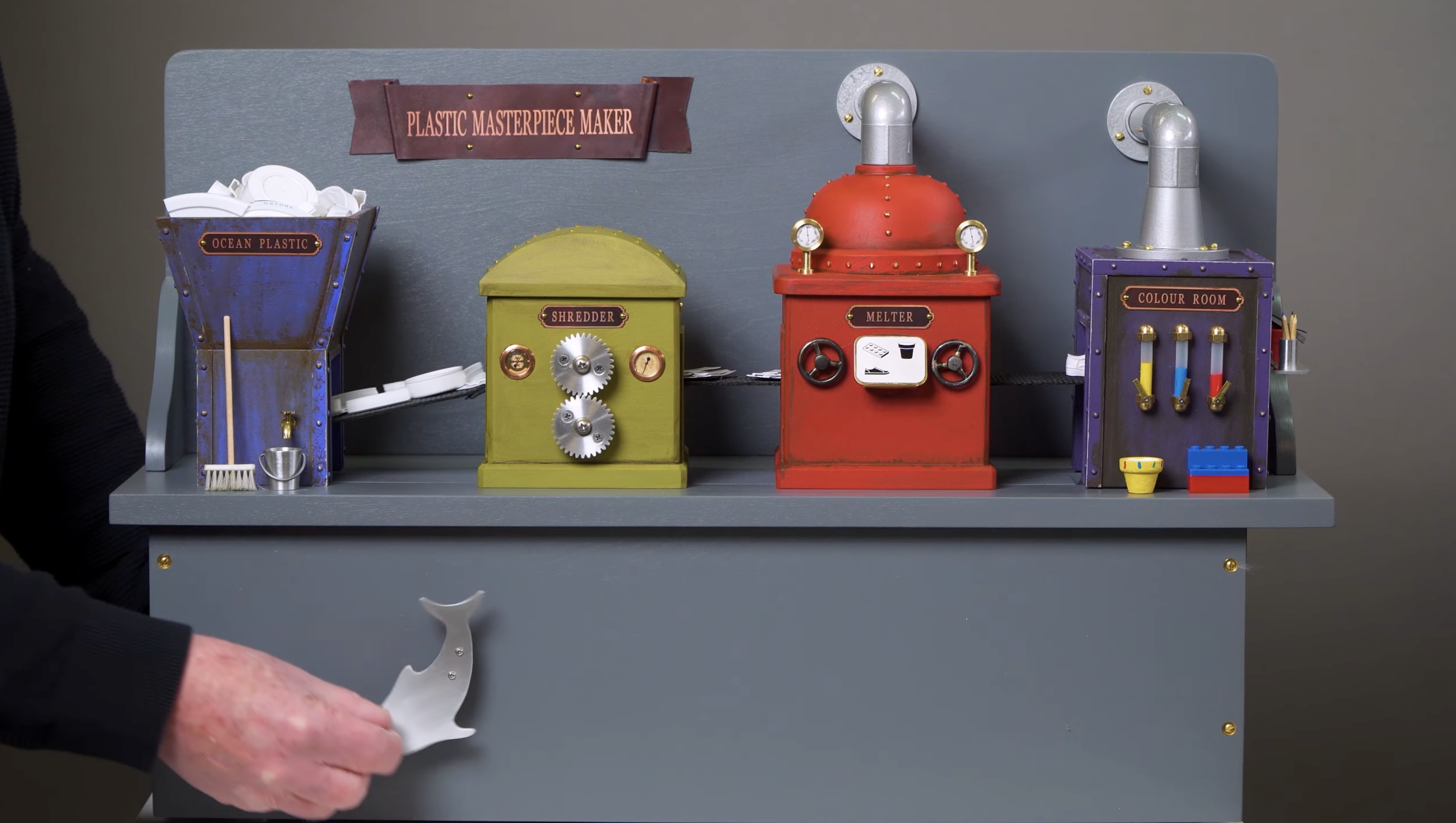 Invention recycles plastic waste and transforms them into artworks

What a great idea your 'Plastic Masterpiece Maker' is! I love that you have thought of a way to transform plastic waste into a beautiful artworks. Very imaginative thinking! Keep up the great work little inventor and send us some more ideas :) 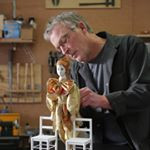 From a young age I have had a fascination with all things mechanical:
how they worked and how they moved.
After a career in woodworking I can now devote my time to designing and building
kinetic art.

David Dumbrell has been working on making this idea real.
Plastic Masterpiece Maker

Hello, David Dumbrell here. The 4 machines are now made for the “Plastic Masterpiece Maker”. They are made out of wood, some with metal edges and when ready they are to be painted the colours Erica has chosen. After I spray the colours my wife, Maryke will do the final detail painting.
There are a few more details to add to each machine, name plates and some handles.
The job at hand is to mount the plastic pieces on to the conveyor belts, my plan is to drill 2 small holes in each piece (like a regular button) and sew them on. It’s been a long time since I’ve sewn on buttons and a little concerned I’ll poke myself too much.

Hi, David Dumbrell here. When I looked over the inventions I was drawn to Ericas idea, she had tackled the problem of how to deal with the plastics once recovered from the ocean.
I zoomed with Erica a short time later to discuss her invention and we went over my drawing of her invention ”Plastic Masterpiece  Maker”. My drawing shows an industrial plant with a conveyor belt running from one machine to the next. Erica agreed and had a few thoughts about what colours she would like to see, she gave the go ahead and work began to bring her invention to life.
The first thing I like to make is the structure that holds the moving parts, then the gears that will drive each drive shaft. Mounted on each drive shaft ( there are 3) is an cylinder with small spikes, the spikes are added to make sure the belts do not slip.
I used seat belt material for the belts. The belts come from the base up through the top and onto rollers that I have covered with an old bike inner tube so the belts don’t slip.
Now that the basic structure is made I can now move on to the real fun part, making all the machines that make up Erica’s invention.