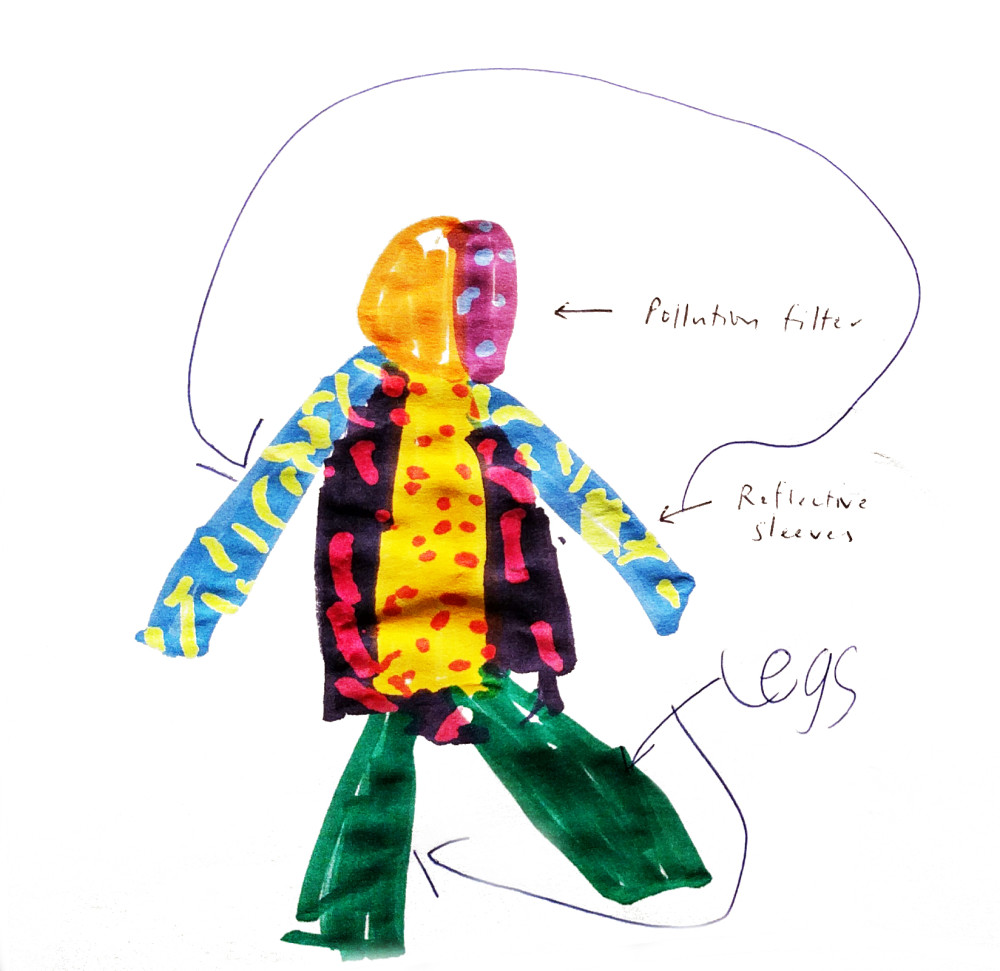 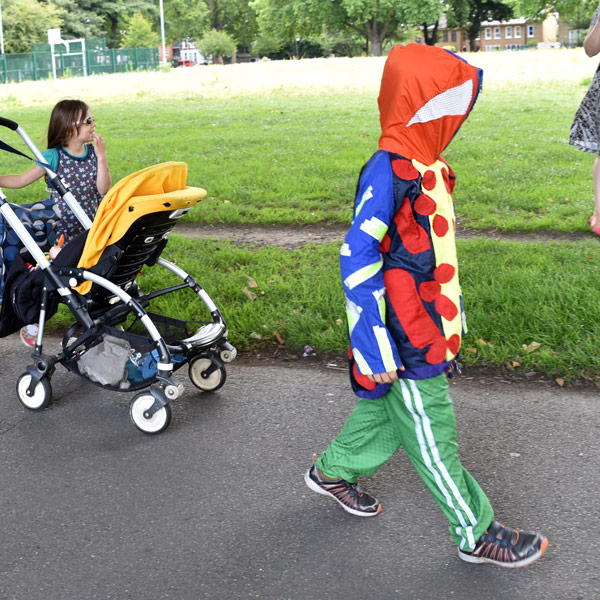 This is a No Plooshon Jacket and it keeps car fumes away from the person wearing it. It is made of waterproof fabric (polyester) and has a filter over the face that you can see through. This is for people who want to keep away from the car fumes and people with asthma like me. The jacket sleeves are reflective so people can see you.

This is a wonderfully colourful and useful invention Gruff. We have too much pollution in the world and we all need to keep healthy. Pollution is dark and grey so I love how you want to wear a bright piece of clothing to filter the pollution away. What other ideas do you have to make the world better? 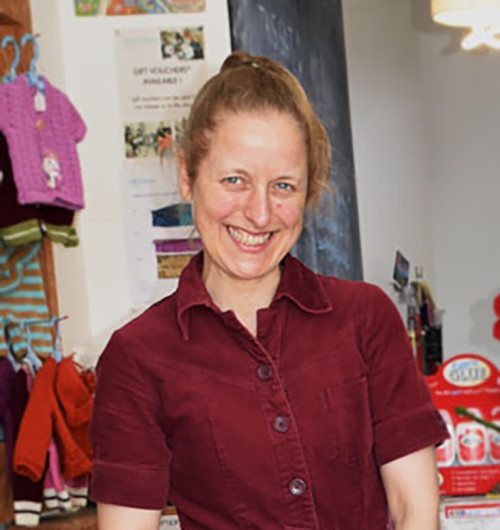 "I use my creative skills and passion for all kinds of textiles to offer a 'portfolio' or 'multidisciplinary' approach. I love to collaborate, as each of us have different strengths and experiences. I am committed to sustainability, community-led initiatives and the potential of craft and design to create positive, social and environmental change"

Gruff's idea was made real by local textile designer Barley Masey at Fabrications, Hackney, London. She met with Gruff and he explained his idea in more detail. Barley showed him some of the fabric options and Gruff made a selection.

Once Barley had made the Jacket and trousers, we took them to Zoe Laughlin, Director of The Institute of Making in London. She added a little bit of science to Gruff's Jacket by spraying it with titanium dioxide. This substance is known to break down pollutants in the atmosphere.

Gruff was very happy to see his idea made into reality. Hopefully, one day, London won't be so polluted. 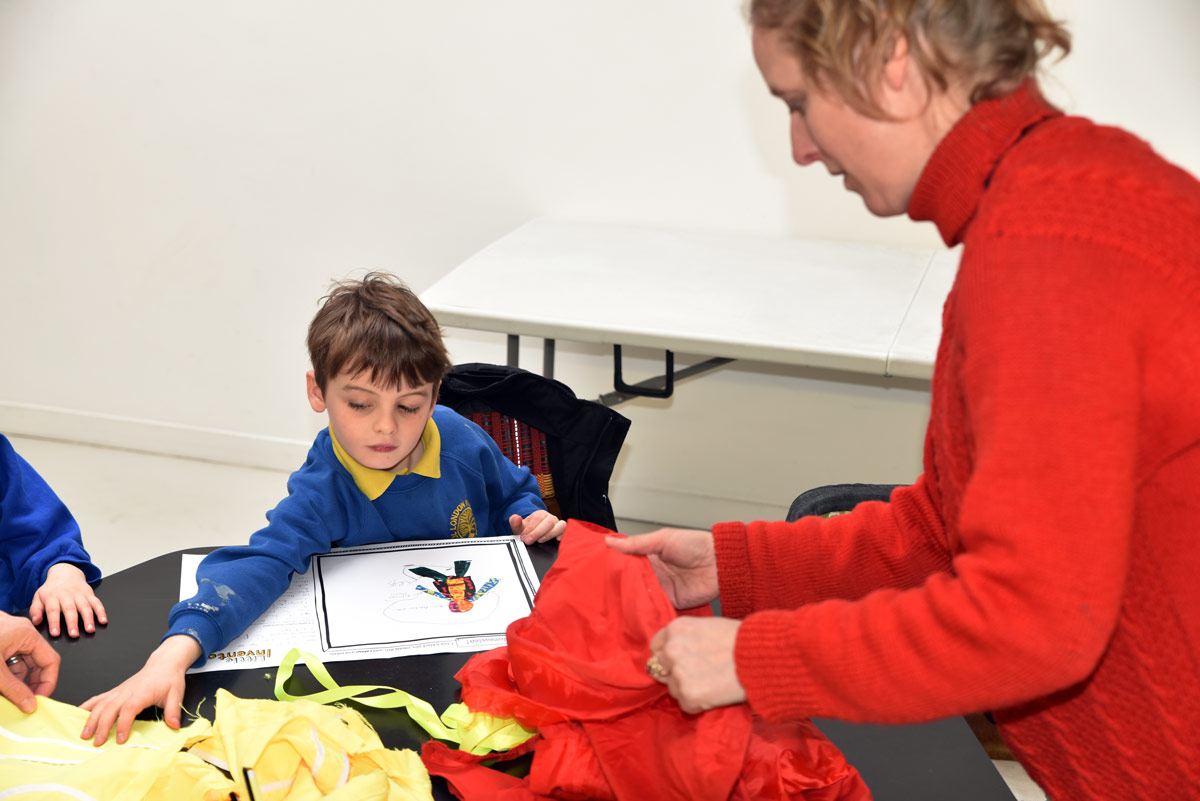 Gruff visited Barley at her shop Fabrications to explain his idea in more detail and choose the fabrics for Barley to use. 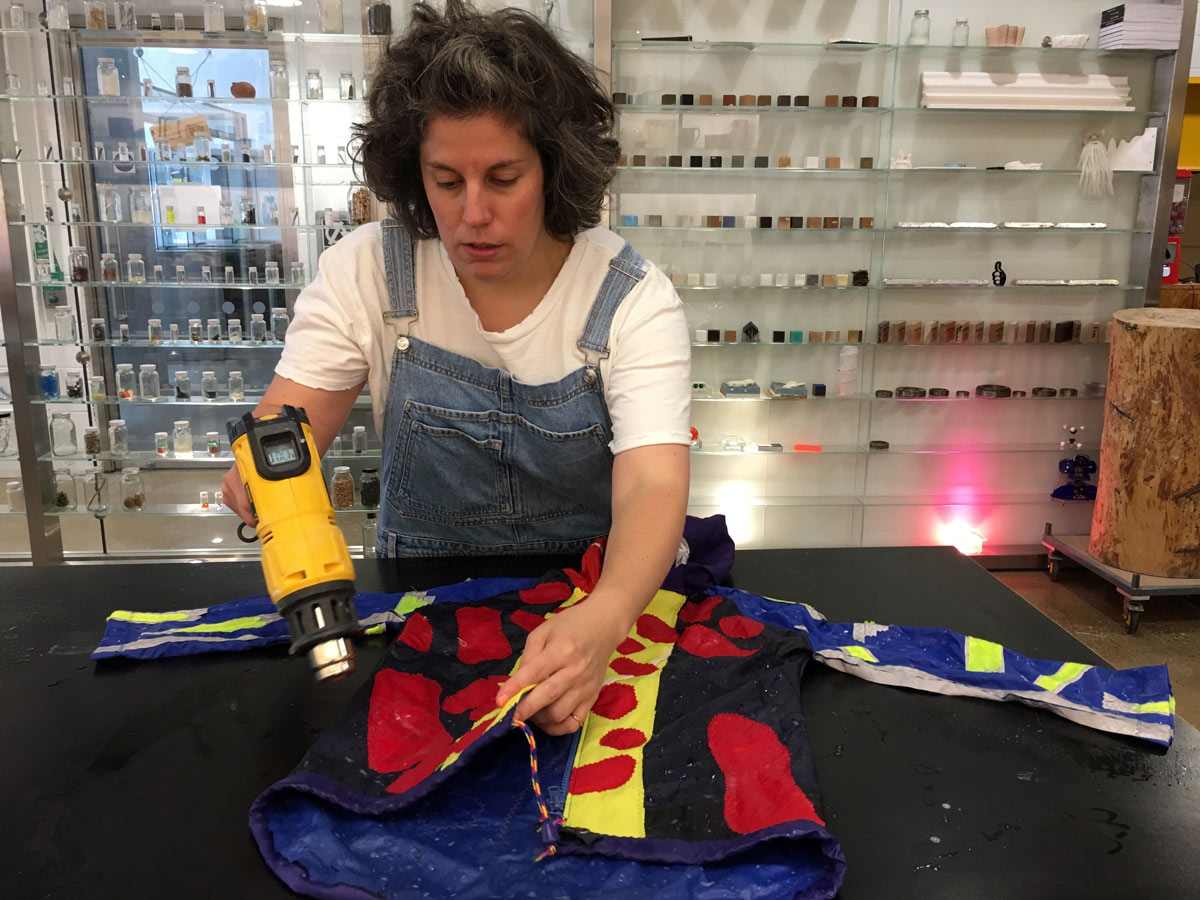 Zoe Laughlin at the Institute of Making applied titanium dioxide onto Gruff's Jacket. Zoe explained that this chemical breaks down pollution particles in the air. 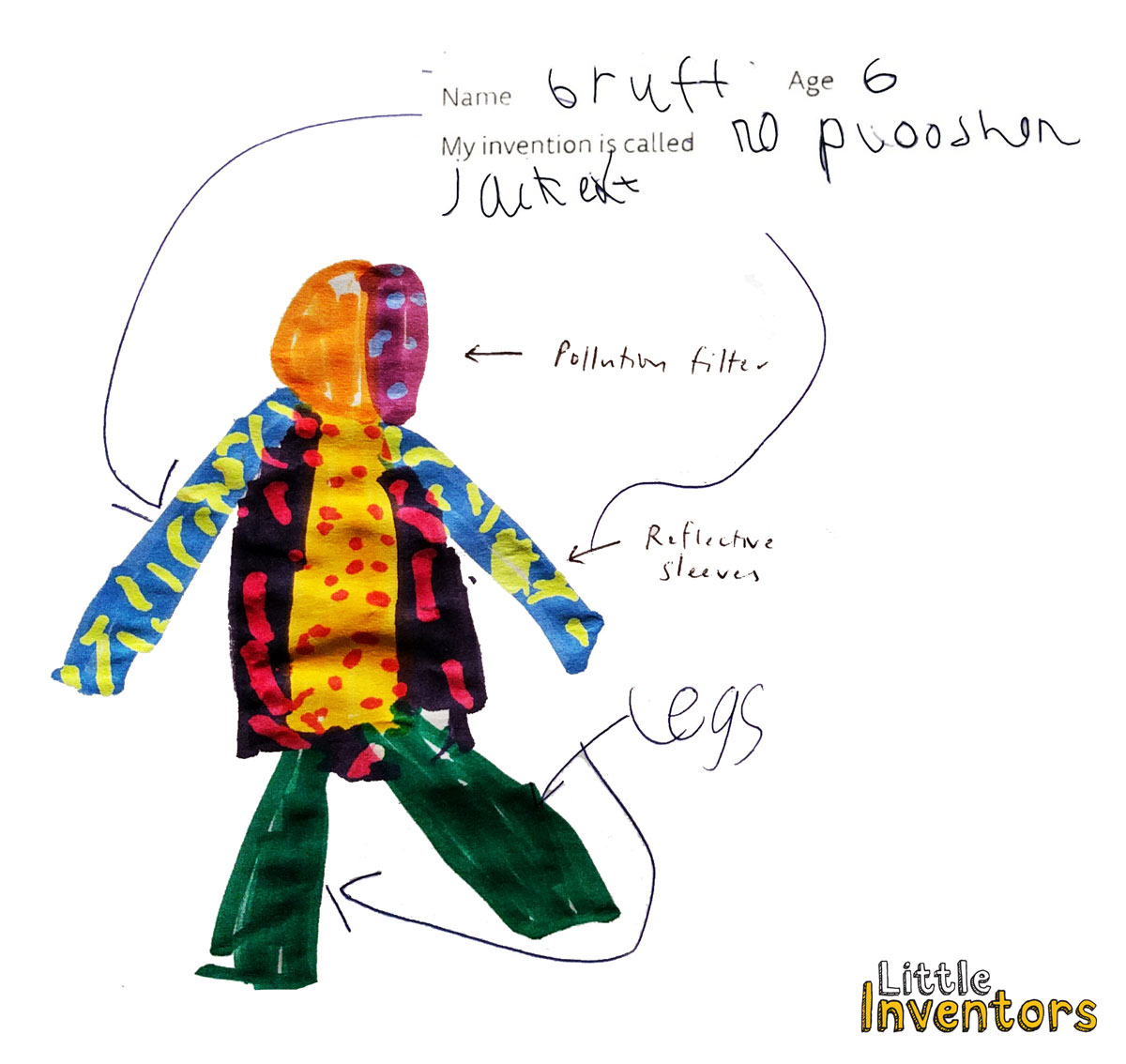 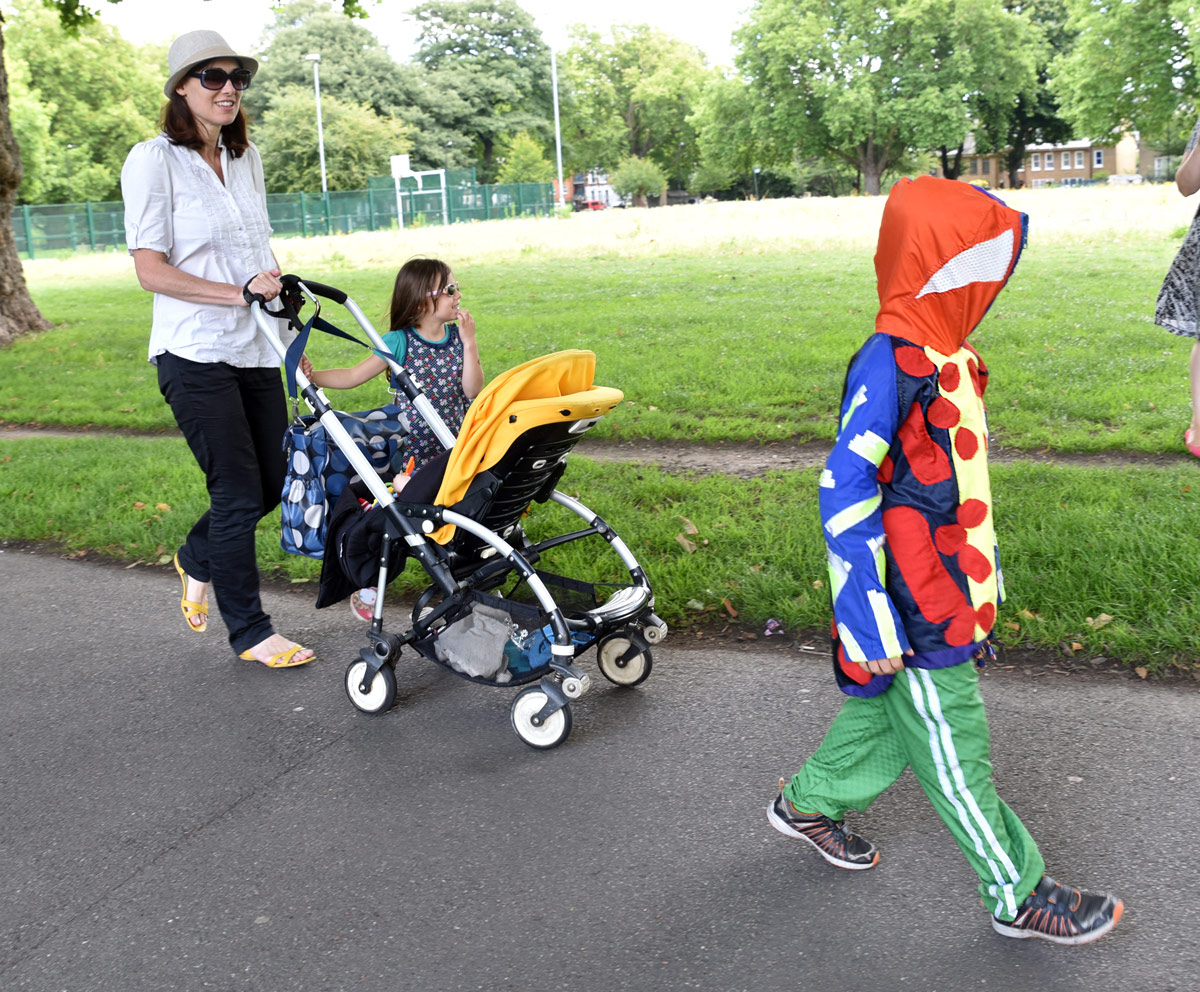 Gruff out for a walk in his jacket with his Mother and Sister. 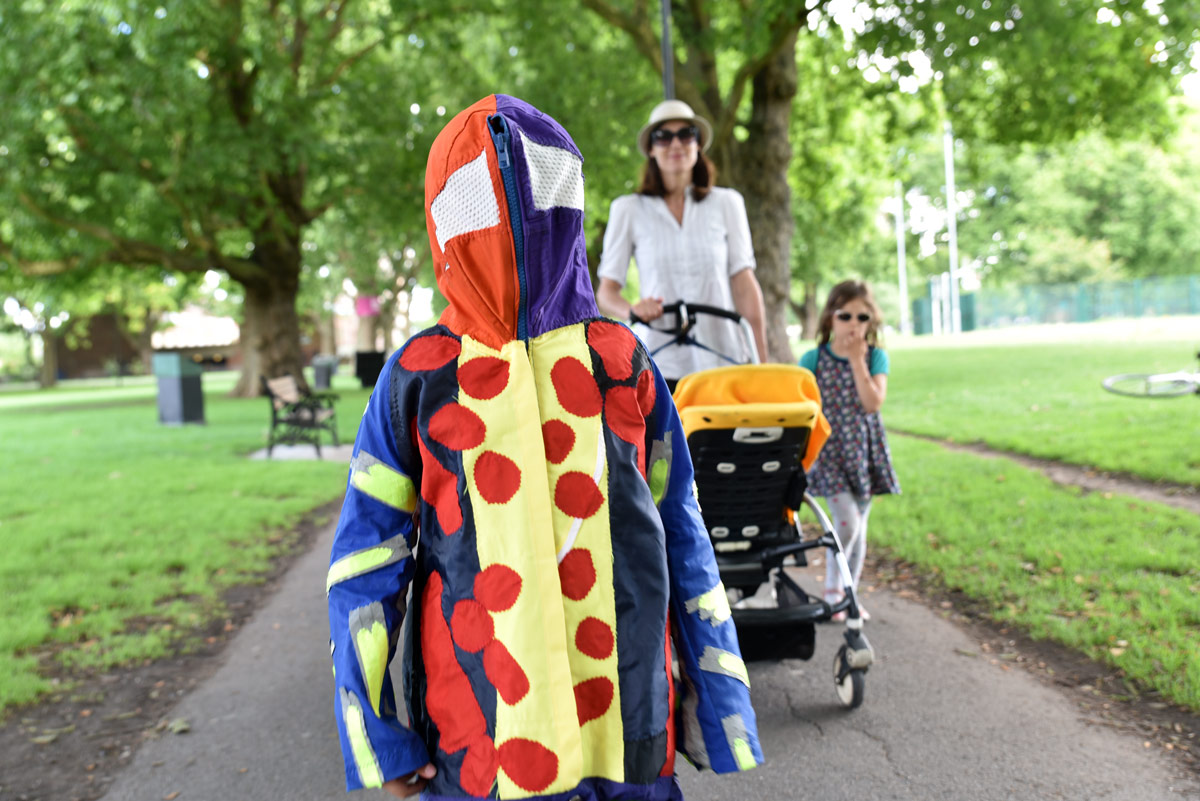 A close up of the No Plooshon Jacket. 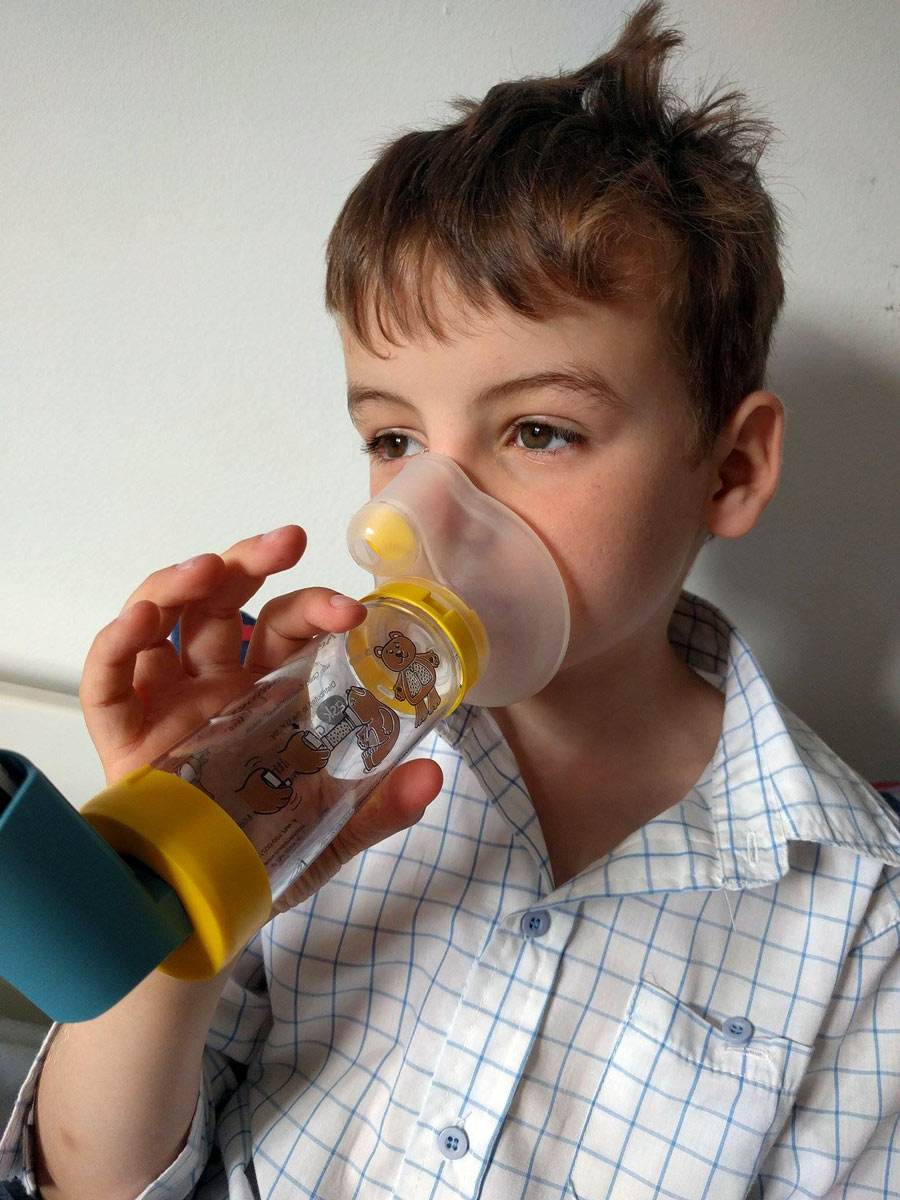 Gruff suffers from asthma that causes him to cough. 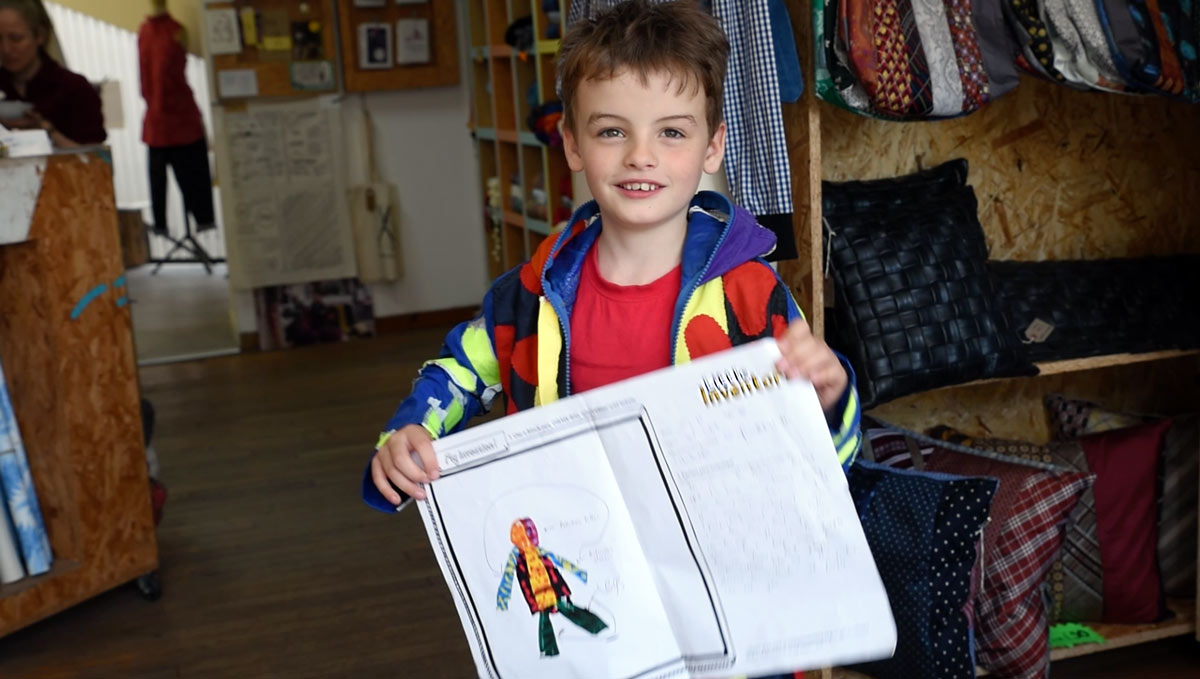 Gruff with his invention drawing. 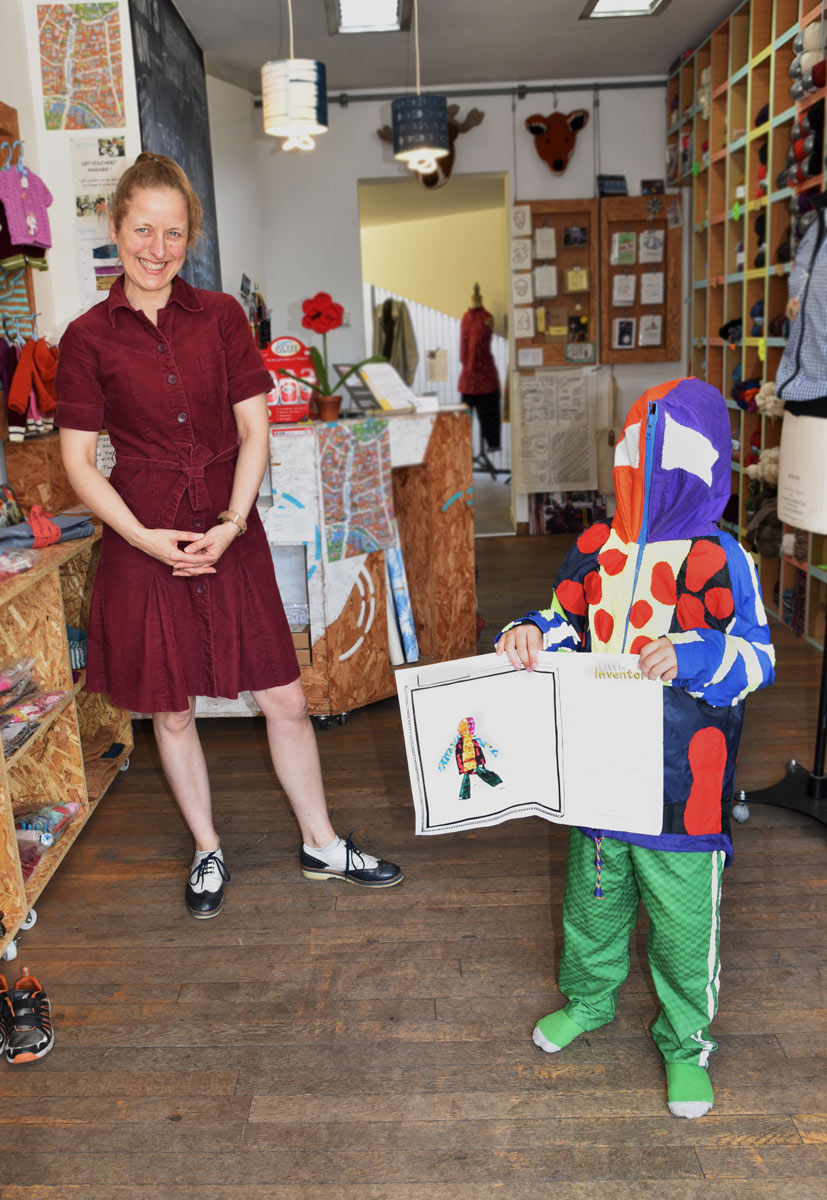 Gruff and his jacket have been featured in a Japenese children's magazine and featured on Japaenese TV! See the TV clip here 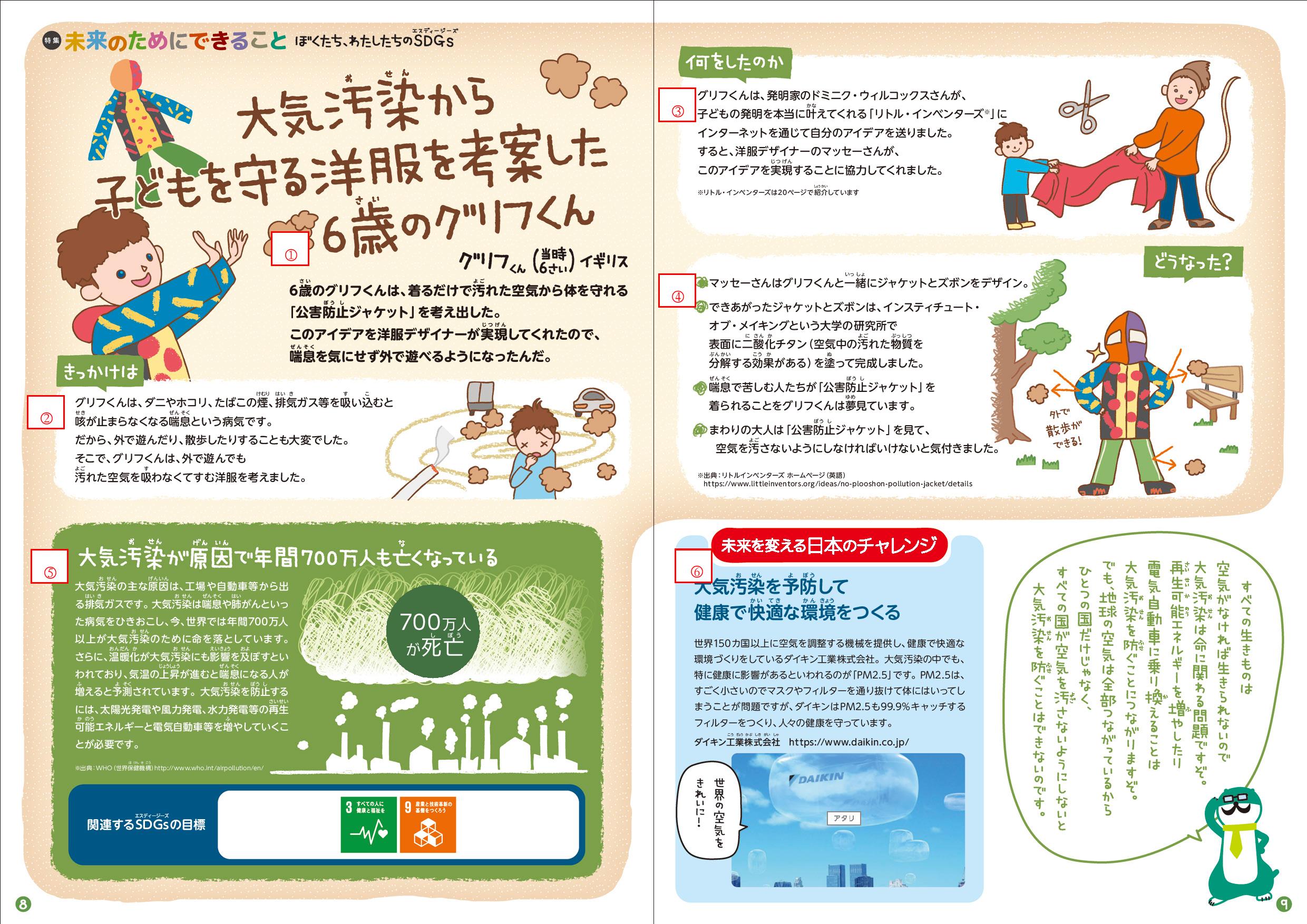 Gruff loved seeing himself illustrated, and we do too! 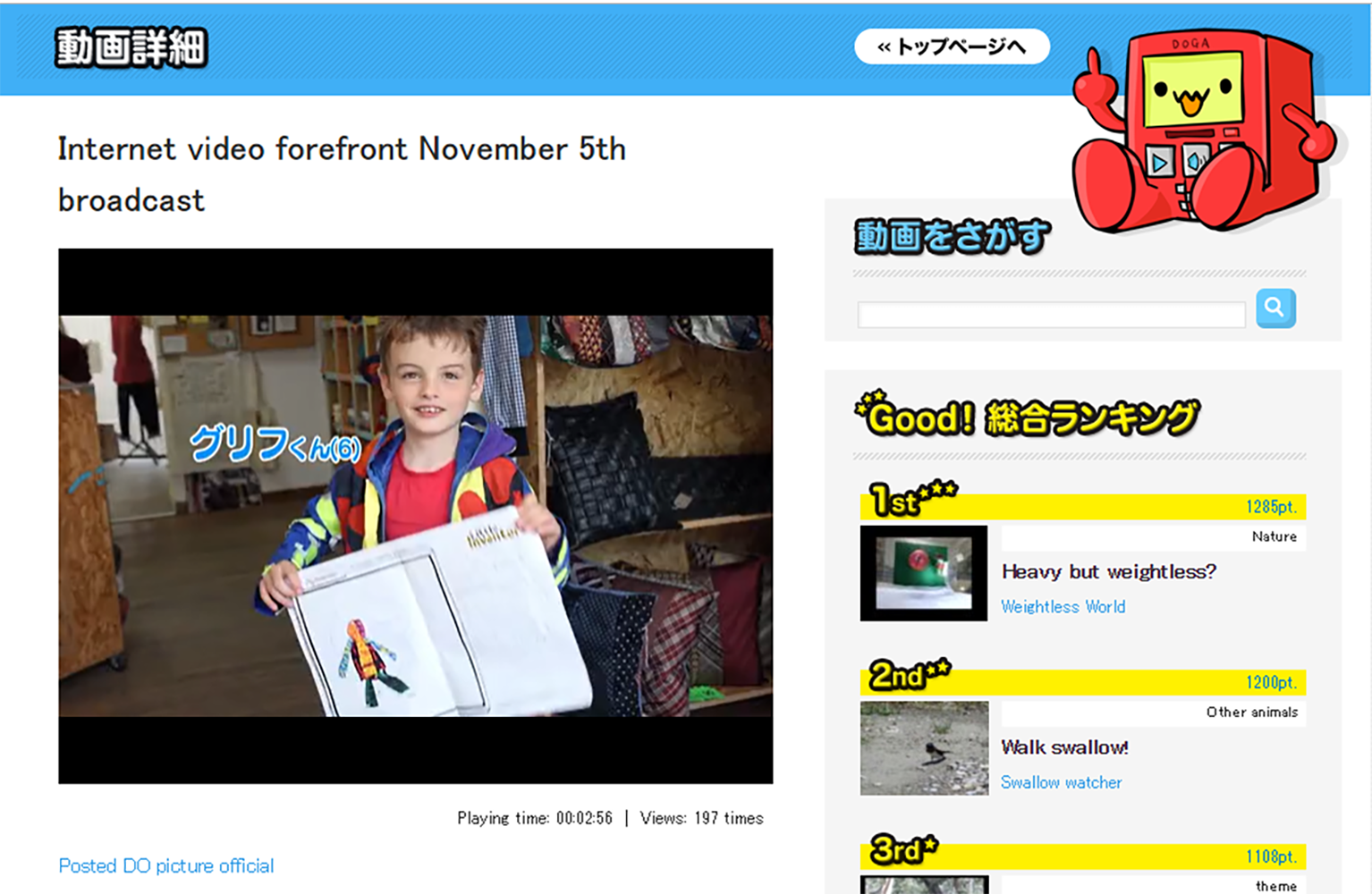 Check out Gruff on Japenese TV!