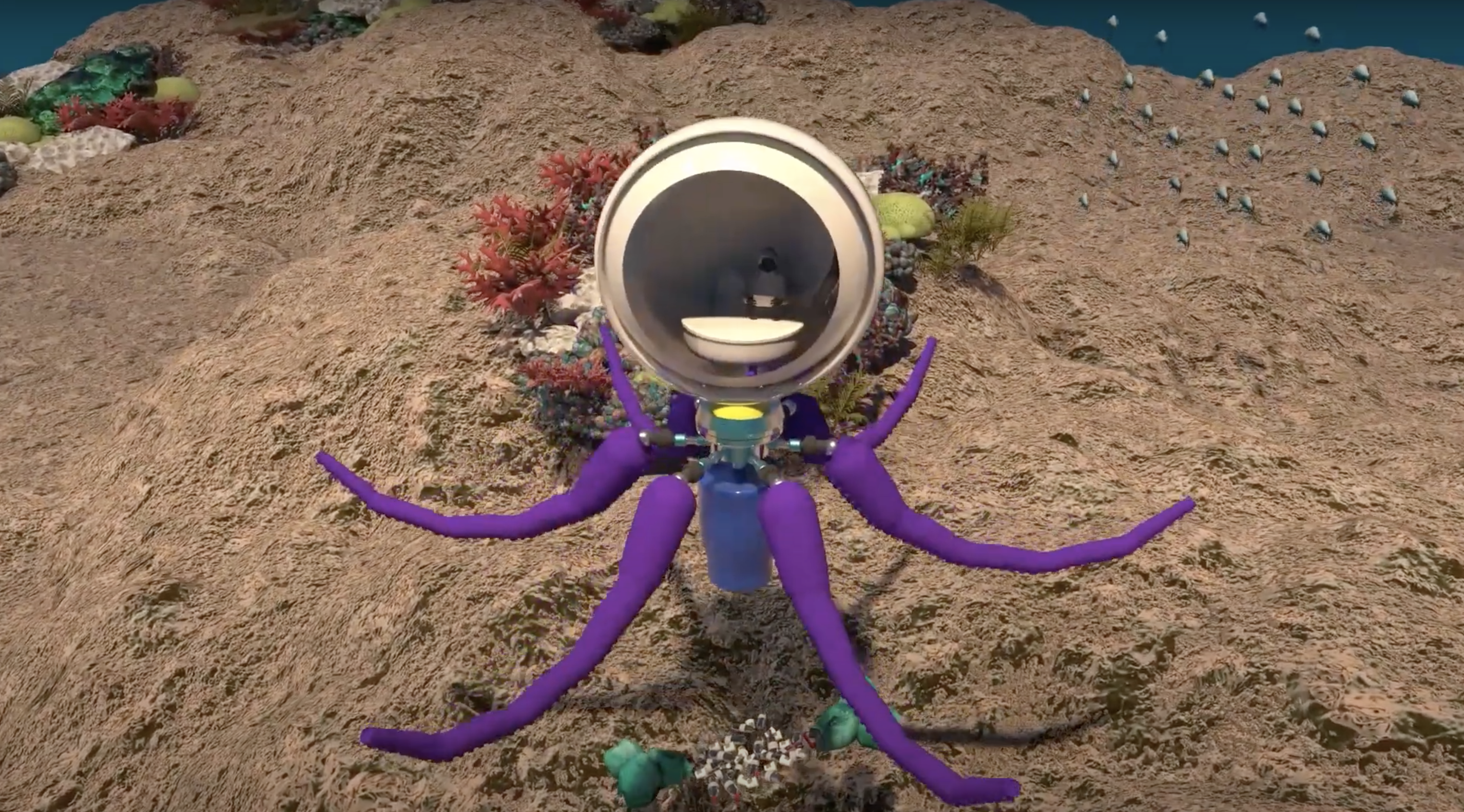 Benjamin what a superb invention! I like that the design is in the shape of an octopus so that it can blend in with other sea life and not scare away any fishes. A clever idea to also use the collected waste to power the waste-collecting-machine. You've done a wonderful drawing to illustrate your design too! Great job, keep up with the inventing and send us another one soon :)

Visit our online exhibition Mission: Protect our oceans to find out more about how the ASP déchets 0.1 was brought to life!

Andres Torres has been working on making this idea real.
Understanding why we design for the future.

Thinking about plastic pollution and the current state of our oceans is a serious matter, I believe in everyone of us can make the difference, little by little changing our environment for the best making little actions and big impacts for a better tomorrow. So that’s why I believe a.k.a A.S.P Déchets 0.1 is a great invention idea  to help  to protect our oceans and water resources.
water resources are essential for human beings, therefore is our duty to keep them healthy and of course to protect them and give the best of us to build a better future. So, to help the people whose livelihoods come from working in them, and celebrate all the wonderful creatures which live underwater, this is the way to start thinking and approaching for a better world.

The change of platform was not the easiest task, to make a recapitulation of pertinent knowledge to the realization of 3d models in other software was a great challenge that served as a fundamental axis to define topological details and their relationship with the form and use. It was totally worth the time and effort to bring Benjamin's great creation to life and movement. This contributed to the selection of strong decisions to make way for the final adjustments.

Finally, the day came to meet Benjamin.
We discussed many aspects about the conception of his wonderful idea, I was amazed since the concept creation had been so well thought out. It can be a great idea for the future and thus save our oceans, the way this object is thought is very clever.
Transforming waste into energy is the main objective of this device A.K.A ASP Déchets 0.1, with its seven legs each armed with several sensors to detect waste and locate it even 1 kilometer away is terrific and, on top of that combining with the idea of renewable energy which is actually used to move their tentacles is the perfect complement to close with a golden flourish.
I was so glad with Benjamin's reaction when he saw the littloe advances I had made for representing a bit of my job related to his idea and now it is the time to bring to life Benjamin’s idea !

Understanding the interactions of the spherical element, I decided to make an approach to the form from the first two-dimensional exploration which served as a fundamental axis to define hierarchies in possible definitions of sequences of use.

The clay modeling  served as a bridge to connect and to appropriate definitive features of the form, as well as it also functioned as inspiration to move on to the next stage that sought to define formal features with the help of computer-aided three-dimensional construction tools.

The use of referential resources is quite useful, where I can appropriate formal gestures that serve to define features of the idea itself. appropriating the experimentation obtained in previous exercises and opening possibilities of defined exploration.

When I got the Benjamin’s idea it caught my eye at the very first moment.
I got so impressed about Benjamin’s skills at drawing, when I saw his drawing for the very first time, I felt the potential of his invention and conception without reading anything at all! That beautiful and expressed drawing was telling me a lot of details even when I have not read any word or explanation about his idea.
I have to say I found so clever to relate his invention with an octopus, it immediately starts telling me greater cognitive complexity and so many possibilities to think about having this super smart sea creature as a developing reference. I started feeling so many good things and, when I got to read his descriptions of what he has in his mind, it just draws a noticeably big smile in my face. I was like, I got it! This is the idea I was looking for and, of course I decided to make it real. I mean I wanted to develop his thought and his marvelous creation.
So, I started to do some sketches for representing what I kept from his idea and, also doing the process of translating my thoughts, exploring a little bit about form and function of this amazing machine that could be the saver for our oceans and the related environment.