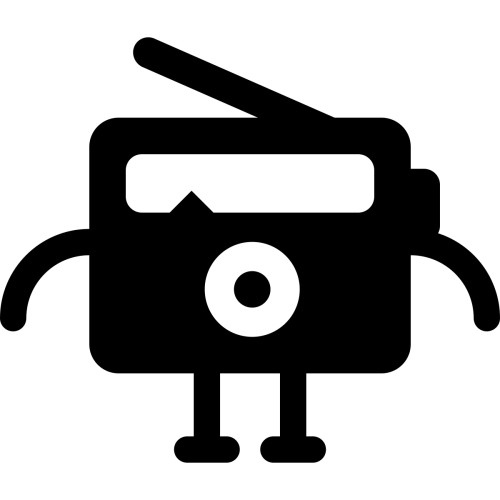 Making the Boomabee (with lots of pictures)

What were we were trying to make?
We’re trying to make an invention into a real prototype, the invention we’re going with is a Boomabee, essentially a frisbee that converts to a boomerang in a very rainbow stylee. How functional does it need to be? This isn’t about making it look like the drawing, it’s about taking it a step further into something shiny and crafted. Given the invention we have chosen, I suspect they won’t be throwing it around in the gallery but it looking good, convincing and crafted is a must.
Getting Started:
First, we met up in a coffee shop and talked through the options of what was feasible to make together. Having decided on the boomabee (sadly lacking any closet pneumatic experts) we started to think through how on earth it could work. We figured starting with a boomerang to end up with a frisbee was more logical as boomerangs are hard and need certain aerodynamics a lot less predictable than a frisbee’s. We went on a boomerang hunt in Carlisle , which it turns out has a chronic shortage of ‘good’ boomerangs, but found some cheap multipack ones, and had a fair few to play with. At the park we figured out if they/how worked, despite their awful-ness of of the ones we had bought they did seem to, as did a few variations of combined boomerangs We made use of the surplus of frisbees to chop them up and play with the kids original idea of how a boomabee would work, and also combined multiple frisbees in various ways. The most convincing approach, that looks feasible and aligned to the kids vision is stacked boomarang slices with a pivot pin (like a book screw), that can then fan out into a frisbee. We’ve played with this a little further today, figuring out that if you run with a 103 degree angle and incorporate the rounded ends that often feature on boomerangs anyway, you end up with a nearly full coverage frisbee. This would need to not be simply a layering of 8 identical boomerang outlines, but actually layers that vary to enable the contouring of a boomerang’s airfoil. How we figure that out is the next step, and could be done digitally or physically - there’s lots of thigiverse boomerangs, and CNC diagrams online ... https://m.wikihow.com/Make-a-Boomerang https://www.thingiverse.com/thing:1060139
More prototyping:
Toni came up with a development of the above models which in essence is works with a ‘3 pronged boomerang model” - the idea is that design is made of two separate 3D printed halves which clip together. These can the unattached and ‘swivel’ so revealing fabric which stretches in between. This description hardly does the idea justice.
Going Digital:
The next thing that happened was that ben had a good excuse to sit down at the 3dprinter and print lots and lots of mini boomarangs. These made great toys and are good fun to play with. What he was trying to do was create the 3d version of Toni’s design, first making a 3 pronged boomerang, and then making a version that was hollow which could fit some fabric, but these were super small. We then hooked up with Stuart, with his huge amount of design and making experience. He pointed out that we didn’t need the fabric sketched out a design on the back of an envelope (literary). The next day we started to make the digital files, laser cut two copies of the design and also printed the rainbow. By this point it was really coming together. Looking like the Boomabee, Finishing Up:
Once we had a completed the boomabee, Ben went home and spent some time creating a stand and documentation. Then it all went in the post to newcastle. We were really happy with how the Boomabee turned out. And Stuart and Ben had a bit a of play outside when it completed. They kept it short since it was raining, and didn’t want the final product to break before we got it to the Great Exhibition of the North! 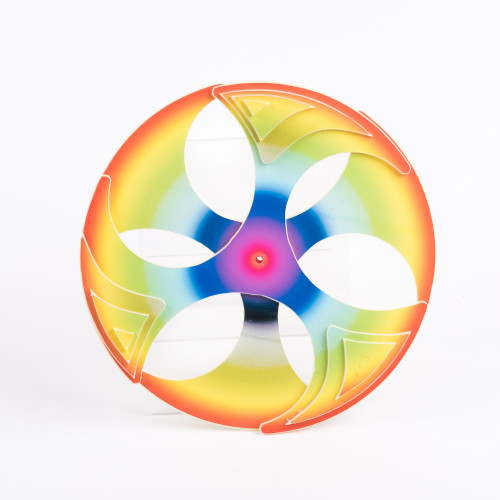