Little Inventors 'Journey Through' is a project lead by four Edinburgh Napier University students; Matthew, Anna, Matthew and Jacob which aims to inspire children from Frogston Primary School about the world of Design and invention.

We started off by talking about inventions; what they are, why we might need them and giving tips on creating them. We then gave the pupils the chance to create a character and come up with a problem they had. It could be anything! Some of the kids chose to describe people they know, some chose their pets, others let their imagination run wild! With their character’s problem in mind, we moved on to inventing. The kids came up with some really interesting ideas to solve problems their characters may face, from robot arms to help with homework, to a cat translating machine, we saw it all! 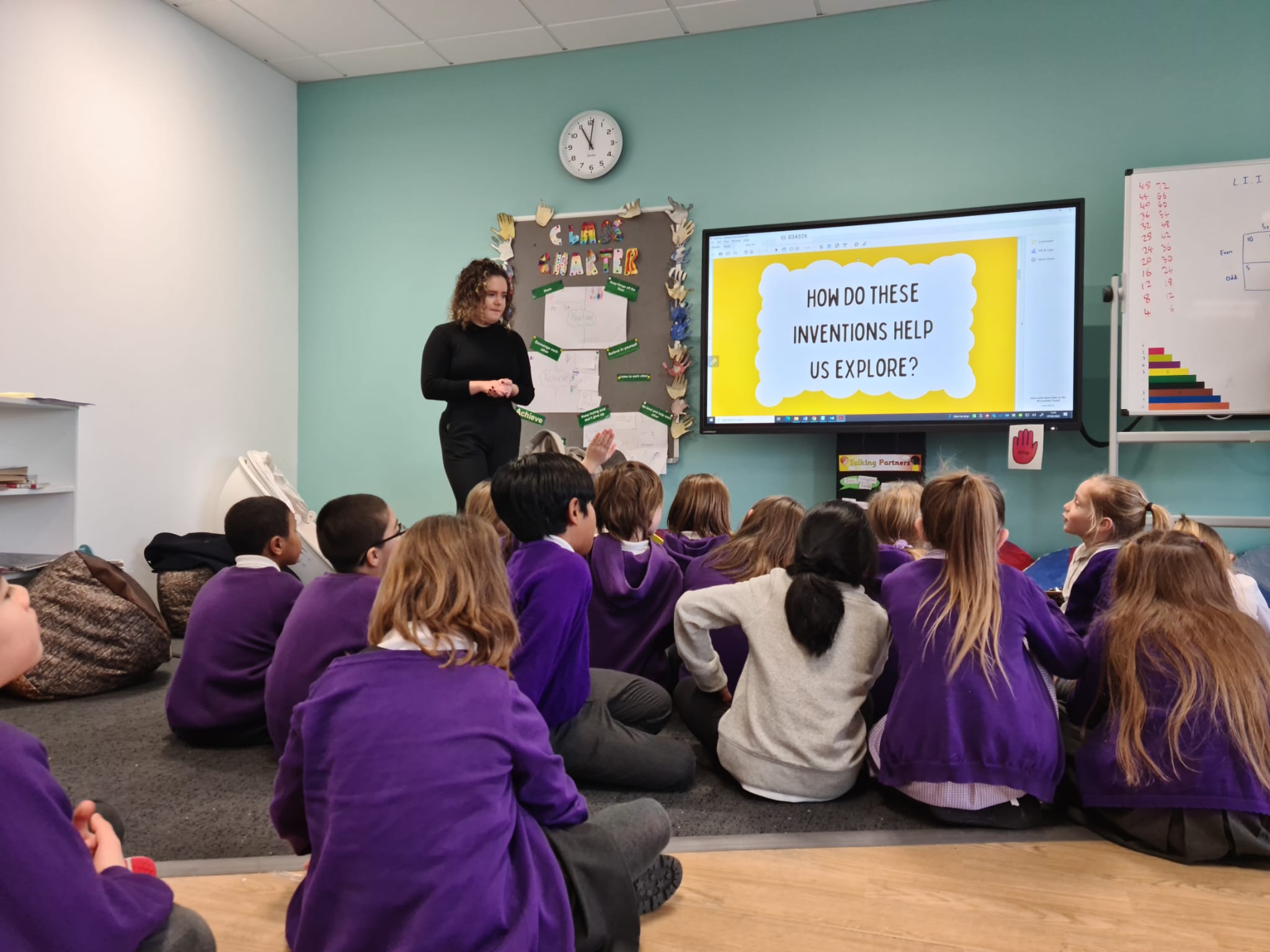 It was important the children felt immersed in the world they were designing for, so we got them to create their own! Based on 4 main environments, either: the Jungle, Underground, Space or Under the Sea, we split each class into two and the kids were asked to re-imagine and re-think how various mundane tasks would look if there characters suddenly found themselves in one of these environments. Very quickly the children had developed boards full of all different ideas about what their new world might look like.

With the setting newly established, we gave back out the character sheets and asked what new problems they now might face? After that it was time for invention! Scroll down to the bottom of the page to see all the weird and wonderful creations the children invented to help their characters survive and thrive. 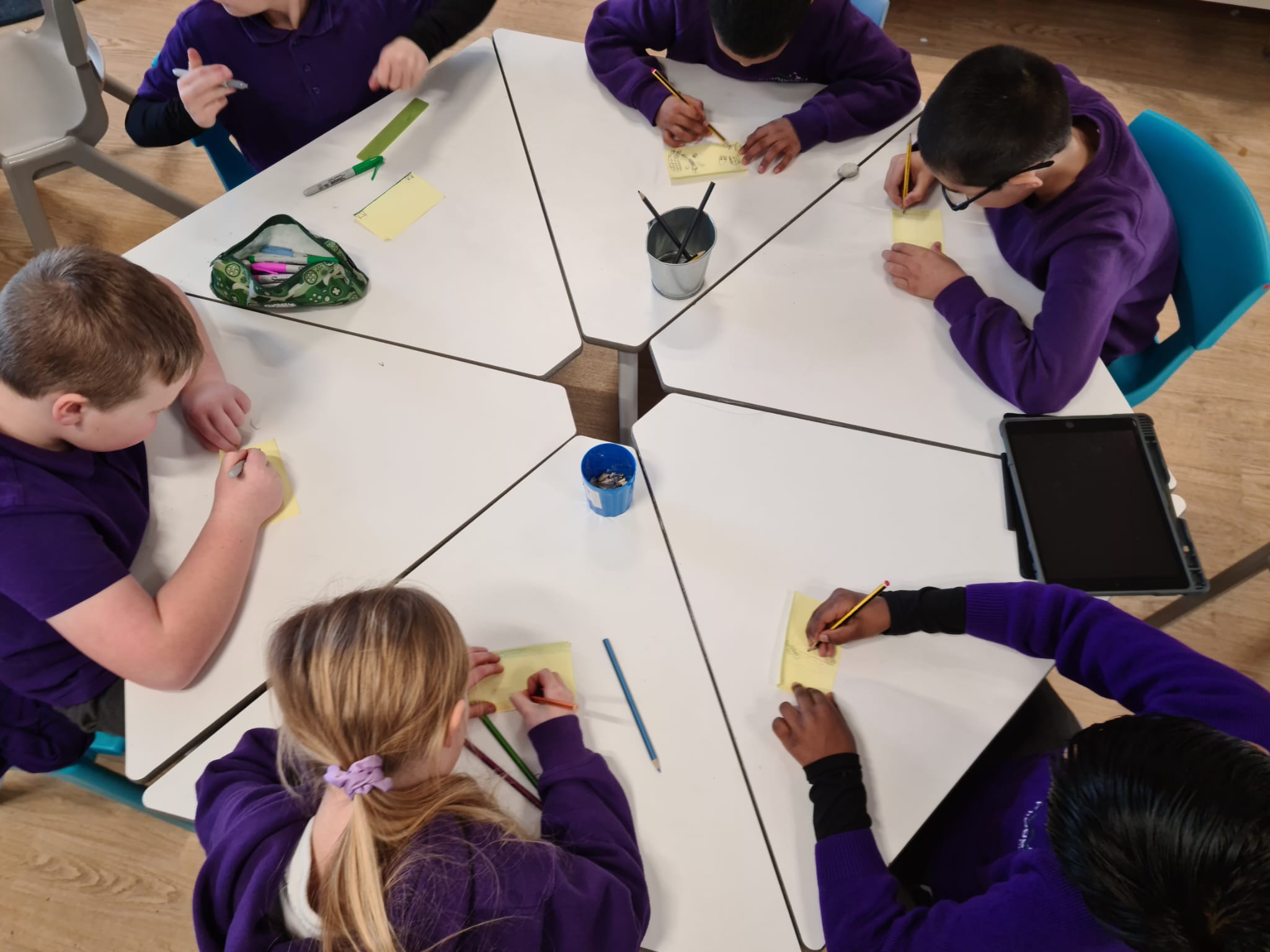 The next step in the design process was model making. So we got the kids to create their very own Maker Helmets, just like the Little Inventors Mascot, which they could show off to their friends and bring along to the exhibition. Each of the children followed along with a simple six step process to create the base of their helmet before going off and adding their unique and inventive attachments to the top which would help them explore! We encouraged the children to take risks when making their prototypes from scrap card, basic modelling materials and a few staples to hold it all together! 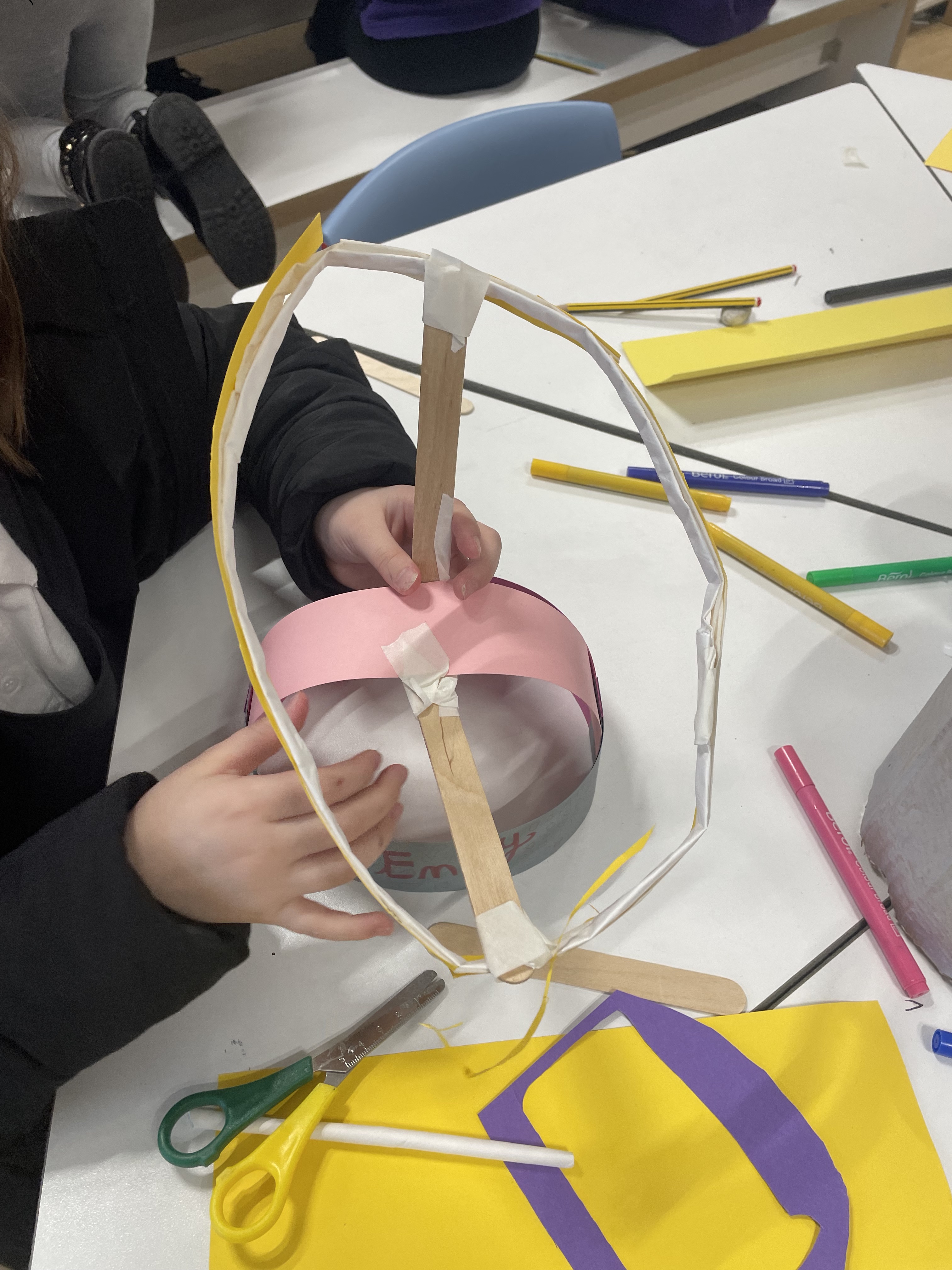 After developing a wide range of different skills over the course of a few weeks, the kids were ready to put it all together in a final design challenge. Tasked with creating a models of a transportation device to get the back home from an expedition, exploring either a rocky planet or a desert island, they worked in groups to create a scale model using scrap materials provided to them. After some brief discussion in their groups and a few sketches, they got to making their designs and let me tell you, it was a messy one! Check out some of their creative methods of travel below including a grappling gun, slingshot and glider backpack! 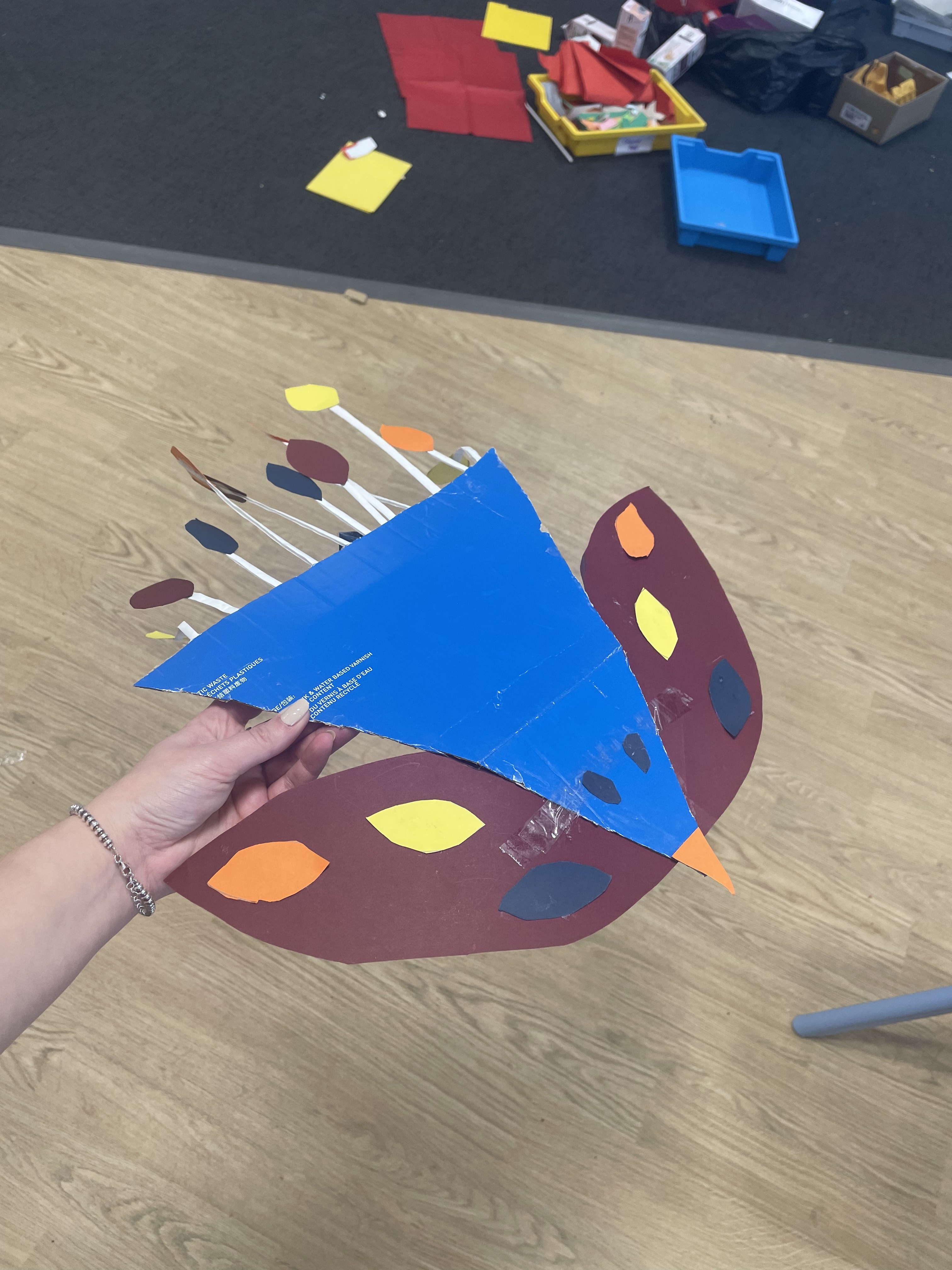 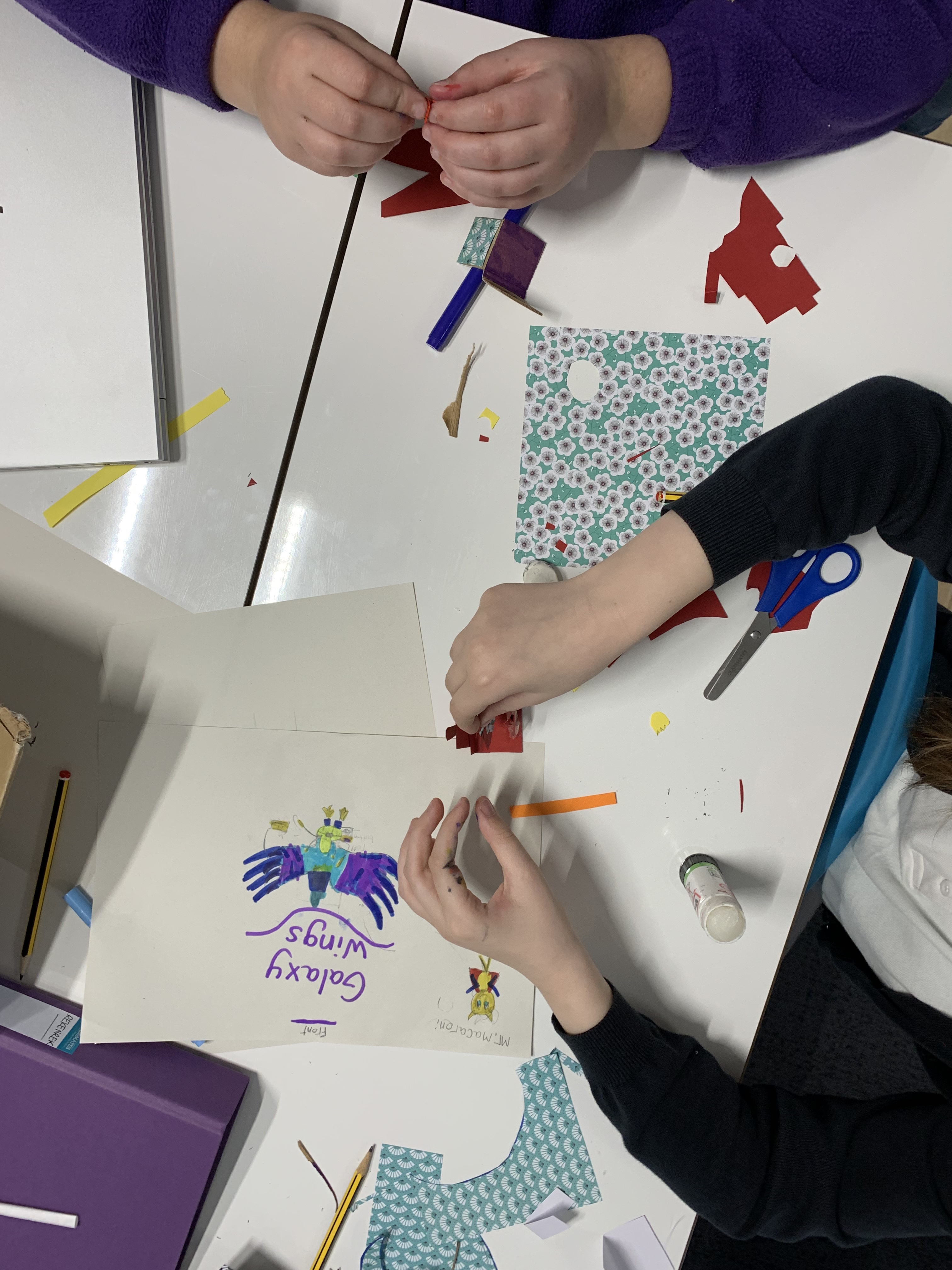 After completing all the sessions at Frogston Primary School, it was time to hand off the the First Year Edinburgh Napier University Students to start bringing the inventions to life! Having already completed an introductory session with Ellie Birkhead, our resident Design Lead, and a few afternoon sessions to get the ball rolling with our team, we asked the Design students to prototype an initial model of the inventions they have chosen. It was excellent to see all the ideas starting to come to life even after such a short period of time and see how invested the student have gotten in this project! We had a full day to plan out next steps and make improvements before the final inventions are made. We have also set them a challenge to design a Poster which advertises the invention to children in a fun and exciting style which will be displayed alongside their invention at the exhibition. Stay tuned to see what they come up with!

The day started off with a critique of their poster designs to give them reasonable next steps to make improvements upon before the exhibition. This was followed by a one hour sprint project to get them thinking more visually and act as a warm up for the afternoon. Their task was to model a 3D element which could be added to the posters, to enhance their visual interest, and really served to elevate some of the designs. It also got them to think about their projects from a different perspective as we stressed that they were designing for a child so encouraged interactive elements or designs that come off the page to attract the viewers attention! Have a look at some below!

After Lunch it was onto making models for the final exhibition! We encouraged collaboration and groupwork, building on from the sprint project, and got them to utilise the time in class to ask for help or get any feedback if they felt it necessary! 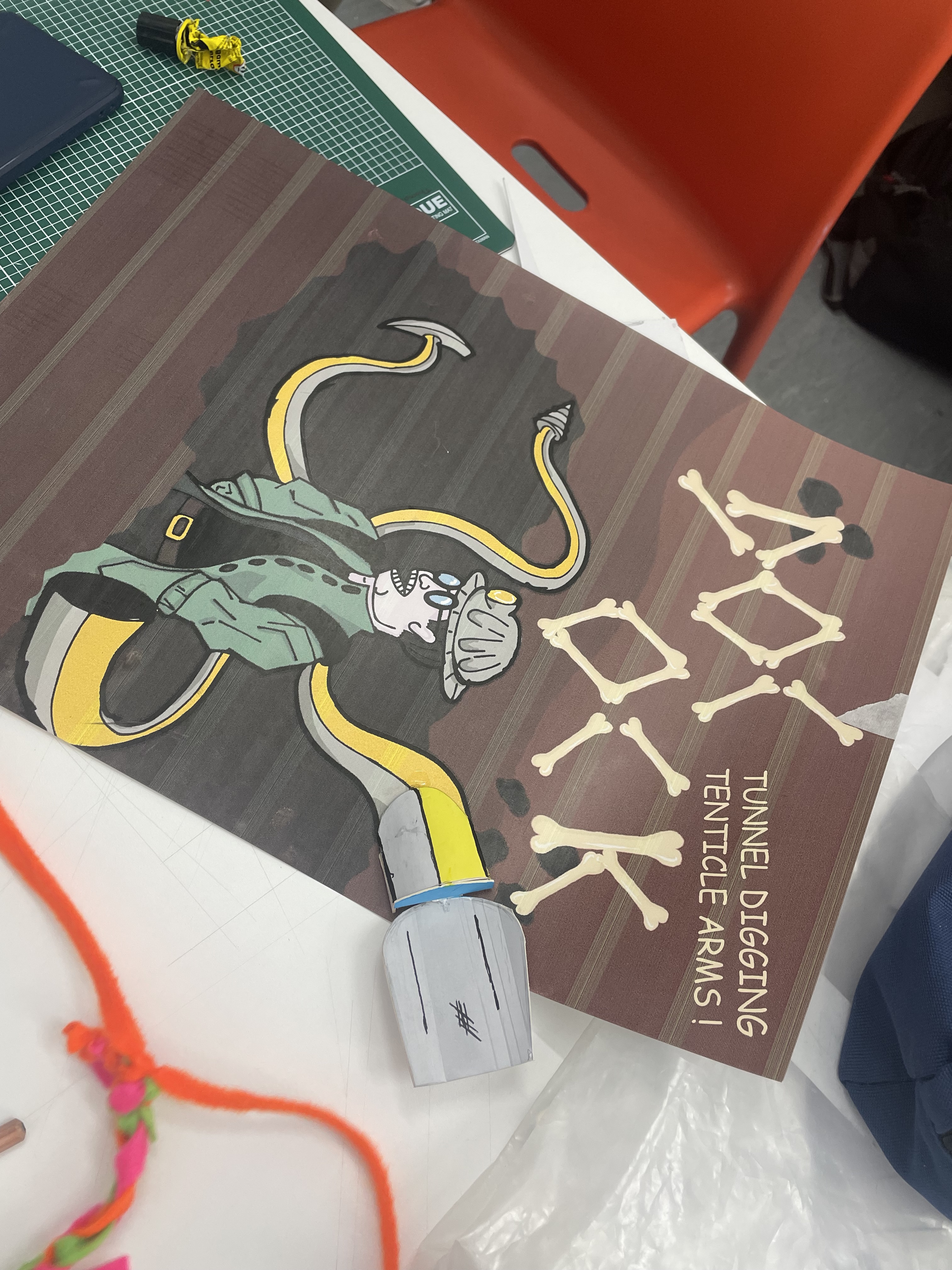 This week was spent making the inventions come to life after many took the week prior to acquire materials for the project. The morning started out by showing the floor plan for the exhibition and where each invention will be placed as well as the equipment they had to work with for their display. After some brief discussion and a few suggestions flying around we put on some music and let them create! Many were at different stages with some just putting on finishing touches and others heading straight for the workshop to start from scratch! There is a real buzz in the air now that progress has been made as excitement towards the exhibition day builds! Check below to see them in action! 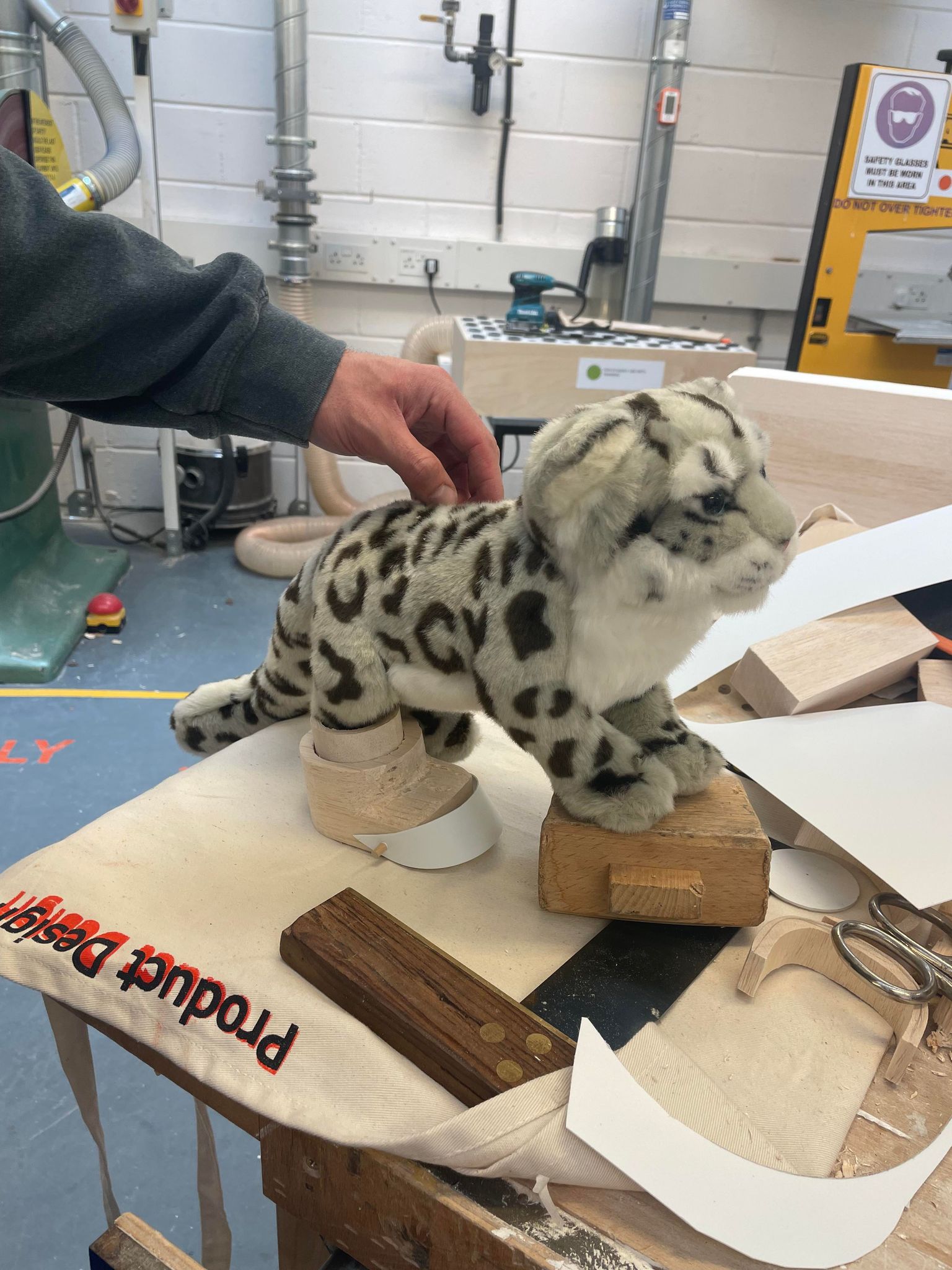 Today's lesson was all about tweaks and changes. With most nearing completion, we started off the morning by doing a critique of everyones work, allowing them to showcase the progress they had made over the week to the rest of the class. We put a real emphasis on getting them to explain the methods that were used to make each invention and what they struggled with before giving them next steps which they could work toward. By the end of the day, the studio was a total mess! A mix of frenzied panic and excitement from people gluing, sticking, cutting and painting before the deadline was chaotic but gave us a real sense of accomplishment as everything was so close to being finalised!

Today's class unfortunately marked our last lesson with the First Years. We had them bring in their final model along with the poster to match, the buzz in the room was great seeing everyone showing off their finished work! After having them tidy up some loose ends and get final deliverables in order, we set up a nice photo booth within the classroom. They were encouraged to take as many photos as they could, of their models, to show off to the kids! Check them out below from Oreo Mech Suits to Steam Trains in Space!

What a journey it has been and what a way to finish! All of the hard work achieved by First Year Designers and Frogston Primary School Children culminated in a beautiful exhibition showcasing a wide range of weird and wonderful inventions to help explore! An electric atmosphere full of laughter, excitement and curious questions in an exhibition that ended all too soon. From challenges, to games, to dress up and drawing we certainly did it all and really hope everyone who attended enjoyed themselves!

We would like to finish with a massive thank you to Frogston Primary School for all of their assistance and of course the children who made this all possible! This exhibition was just a taste of what is possible through design and hope you continue to explore the world in front of you to make positive change using design to make your voices heard! 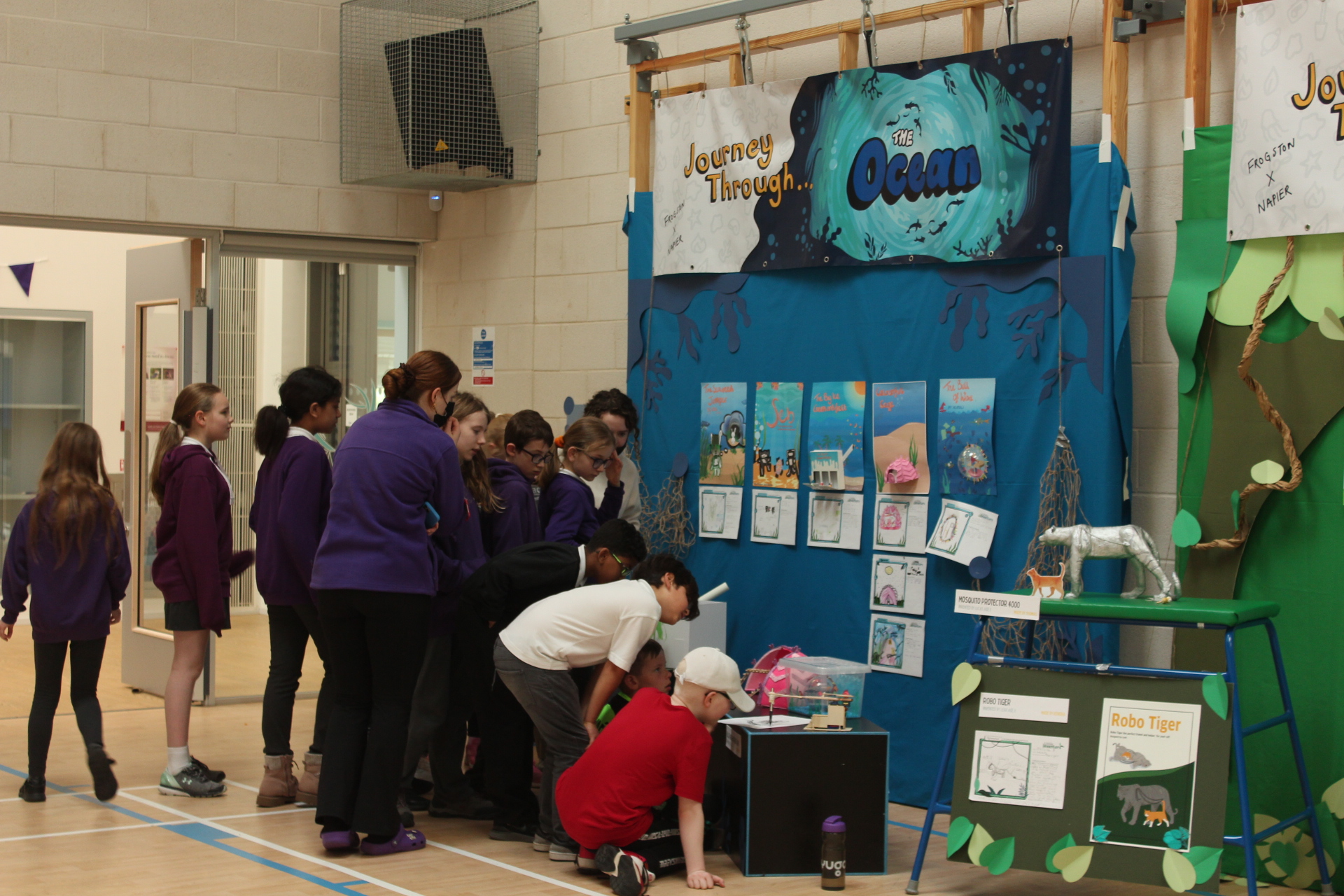 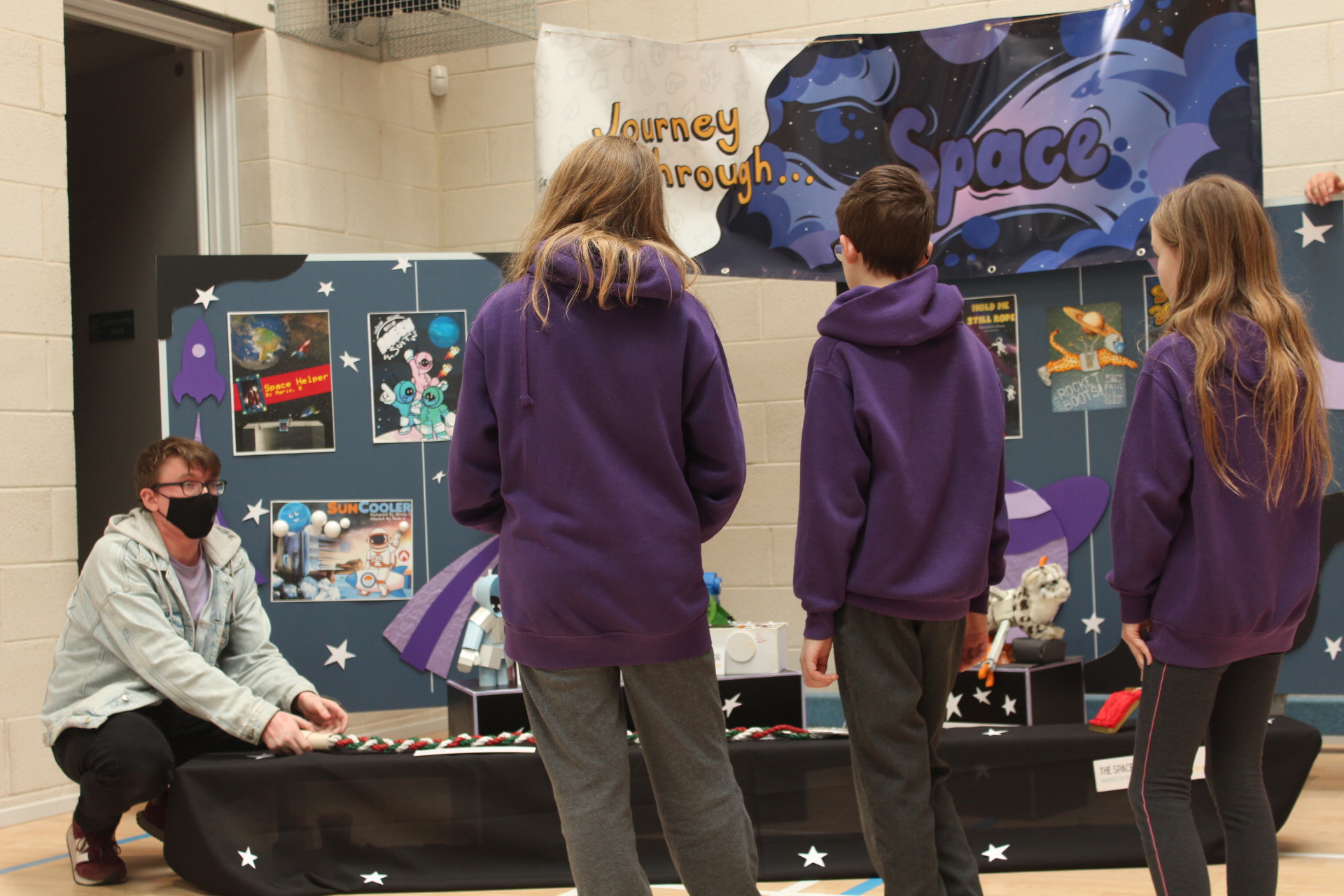 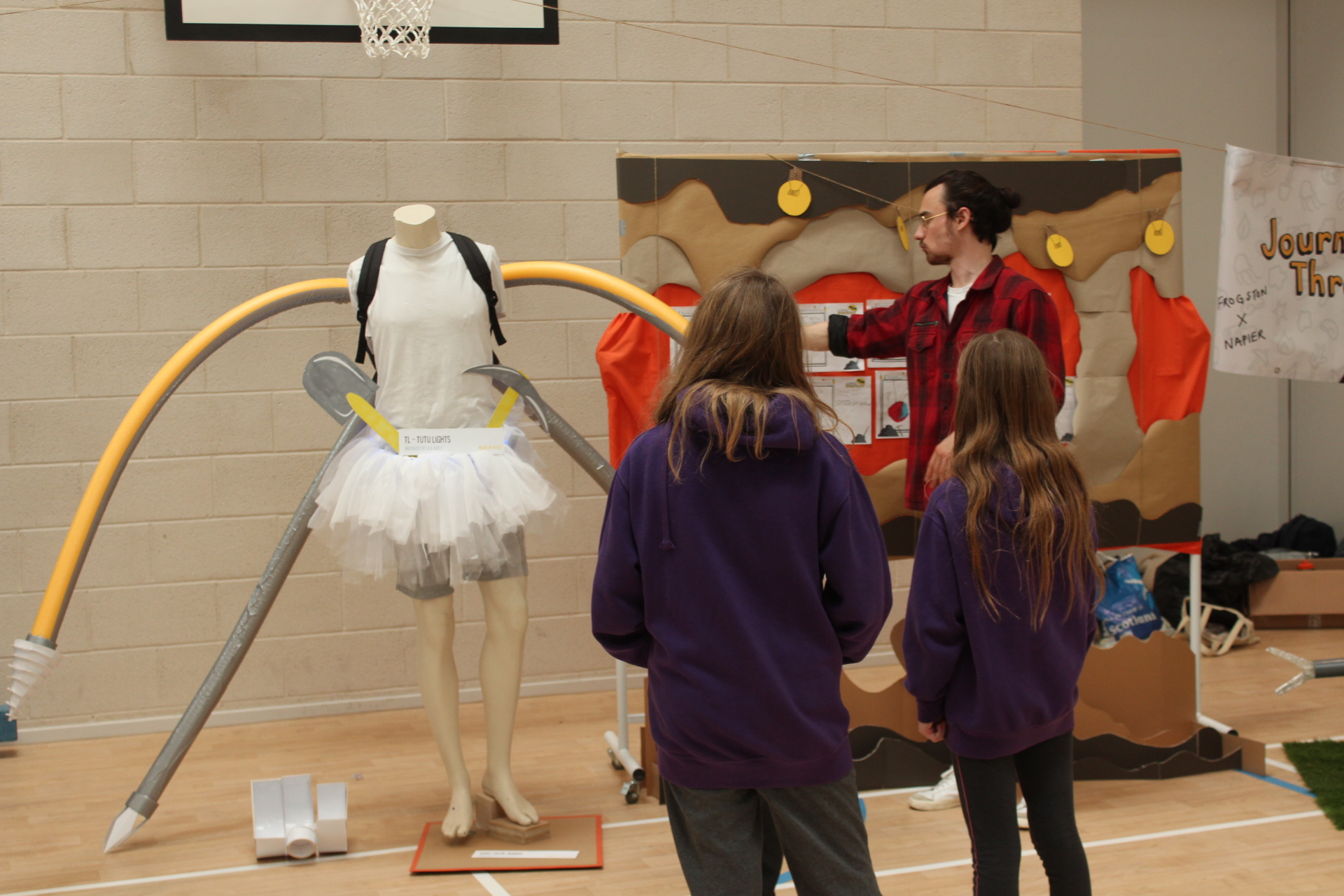 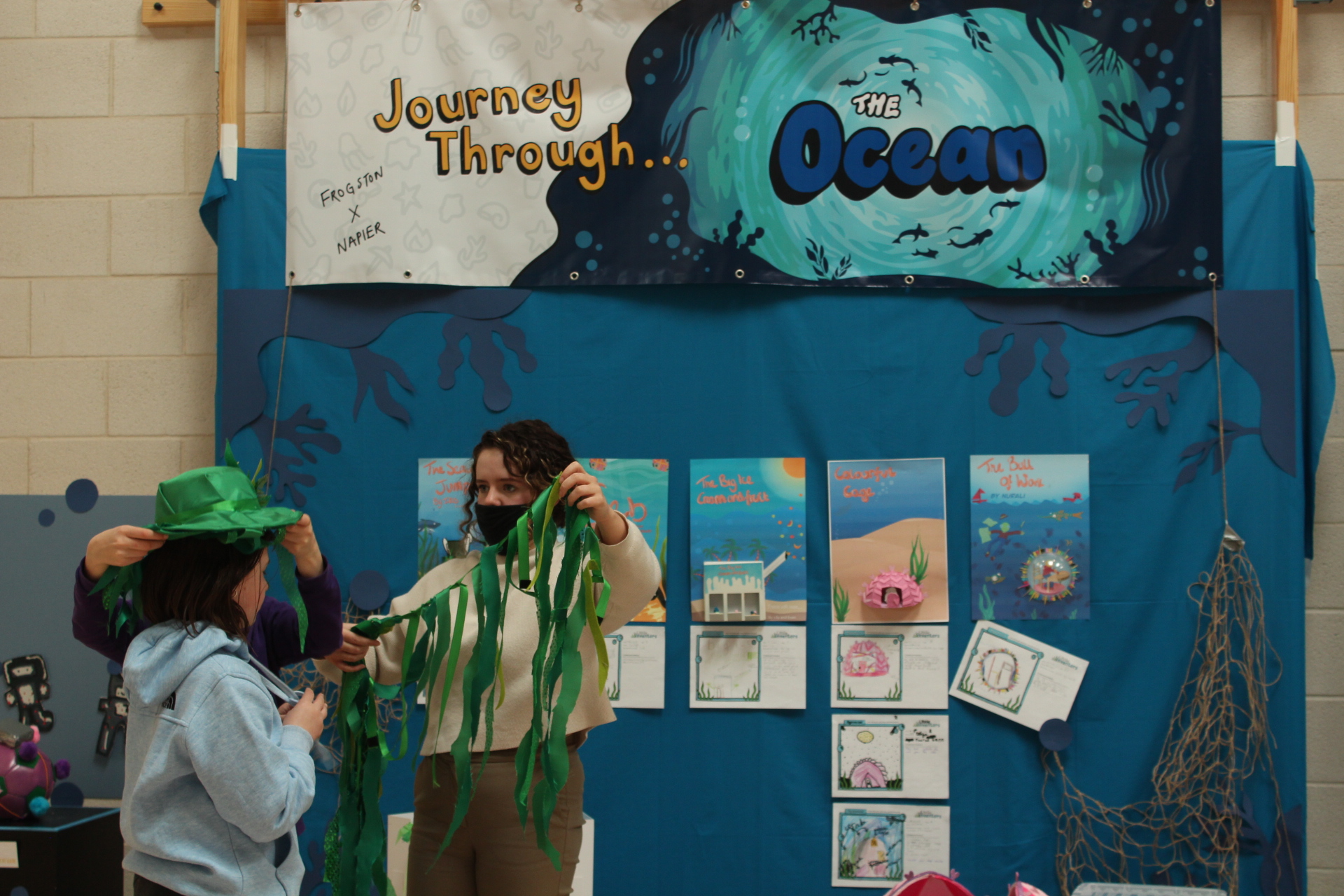 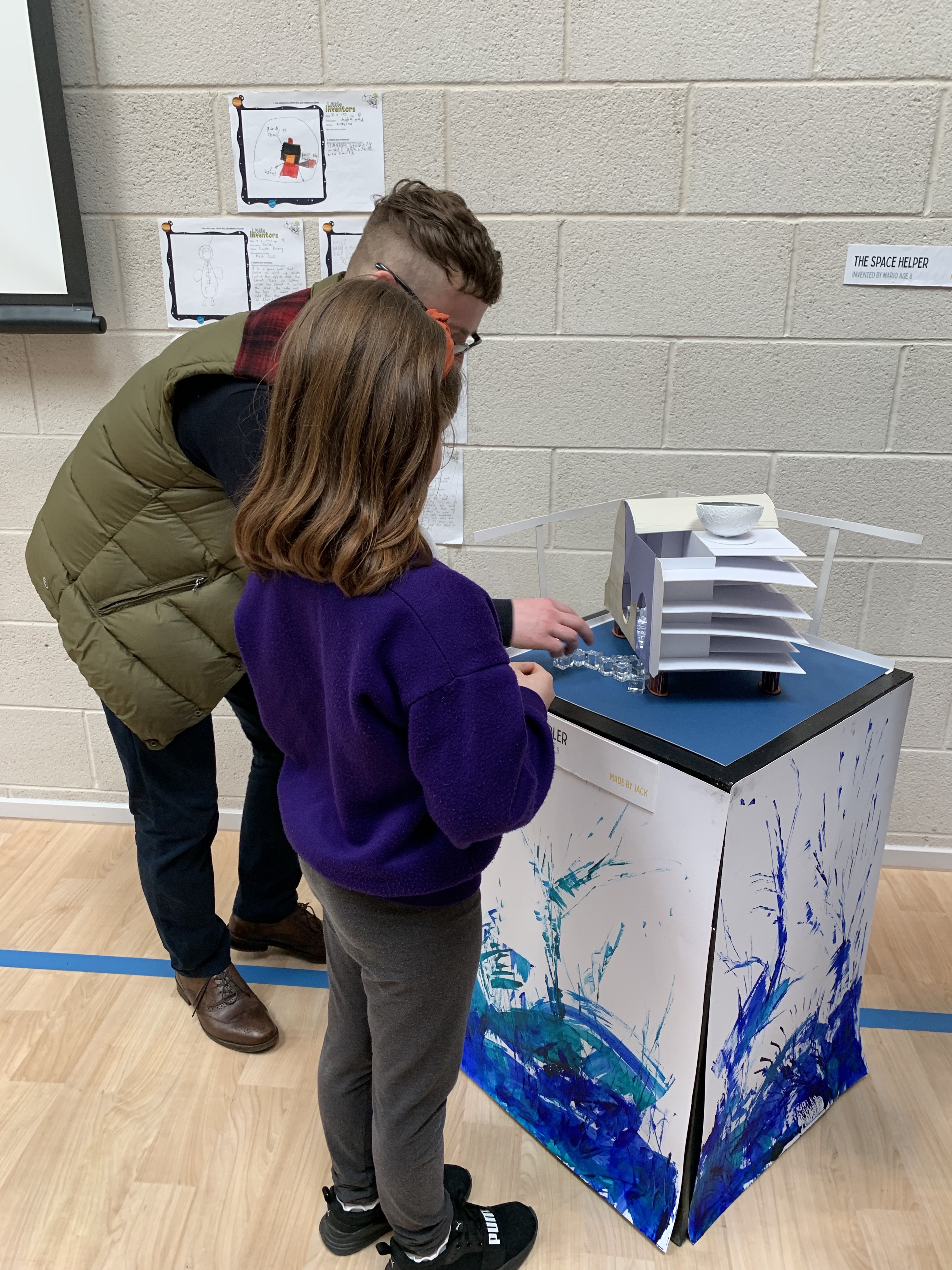 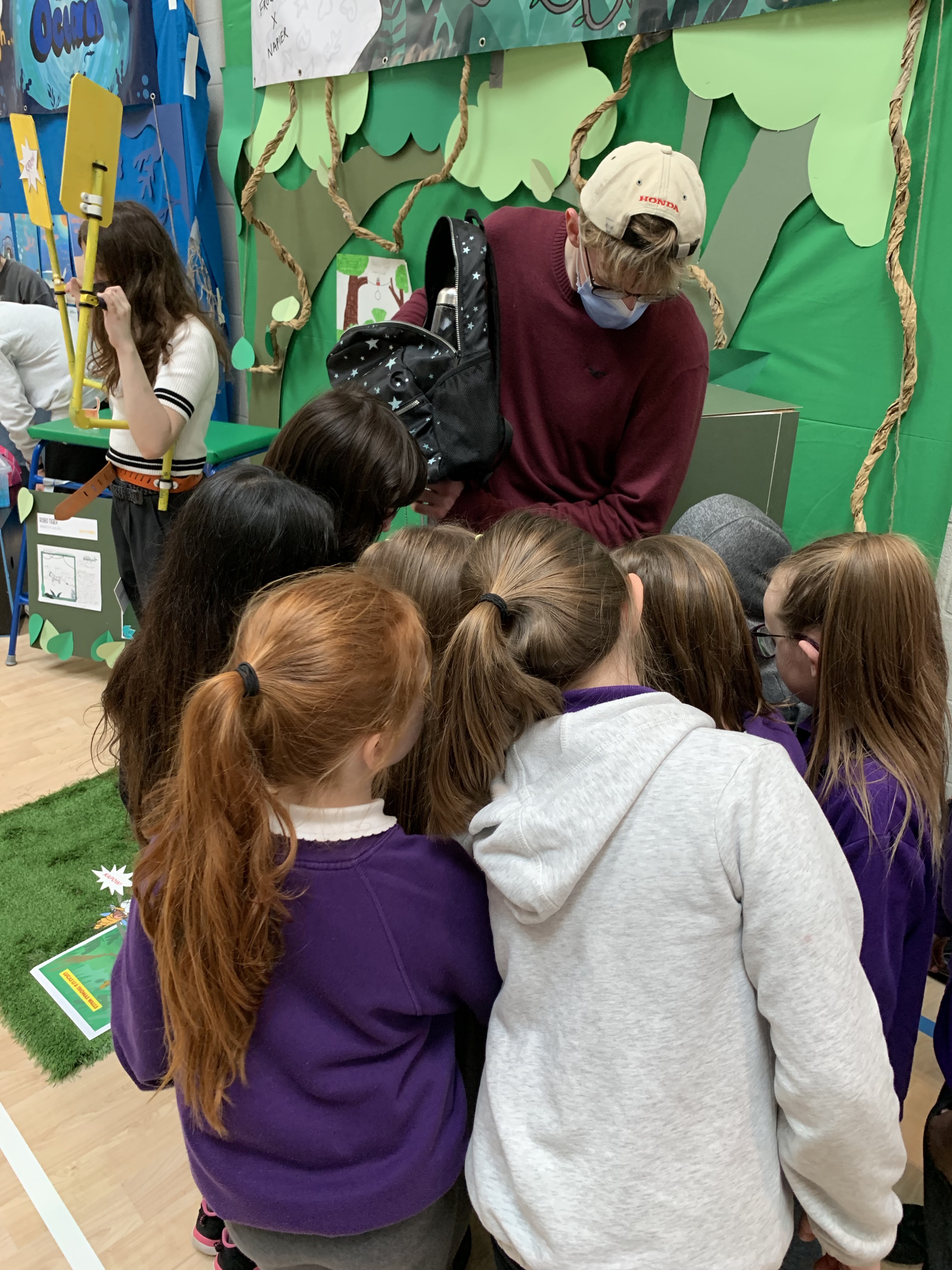 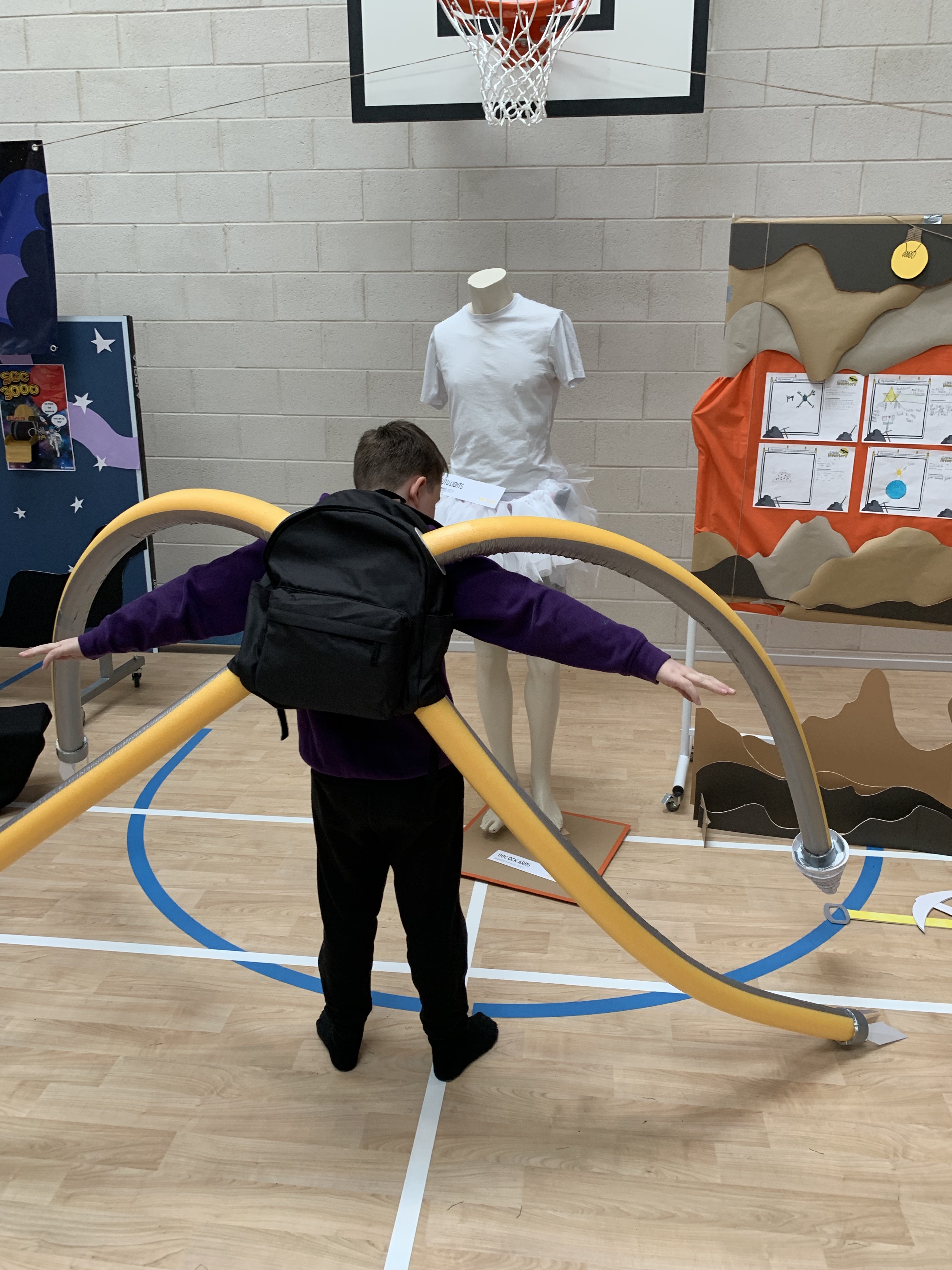 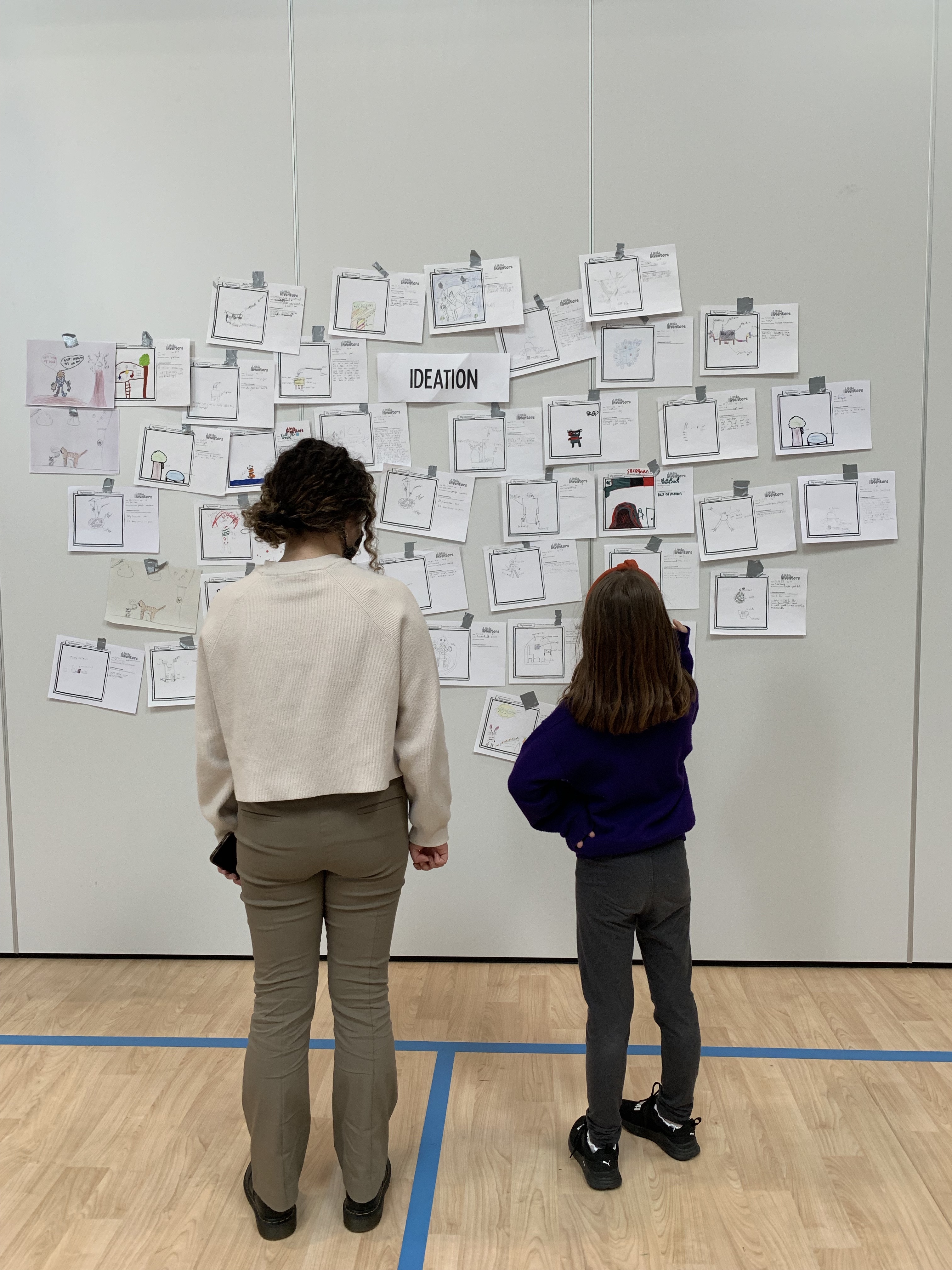