The Natural Sciences and Engineering Research Council of Canada (NSERC) asked children across Canada to think up invention ideas using all of their STEAM learning, imagination and inspiration from the Little Inventors project headed by Chief Inventor Dominic Wilcox.

The 18 most ingenious ideas were then turned into working prototypes by magnificent makers across the country. This first ever edition of the Little Inventors project in Canada culminated to a spectacular conclusion this past July, by taking place in the Inventorium exhibition at the Ontario Science Centre, Canada’s largest science museum!

Two of the Canadian inventions were presented to The Right Honourable Justin Trudeau, Prime Minister of Canada, at the Prime Minister's inspiring Science Fair in Ottawa. Our little inventors were two of 30 projects on display. 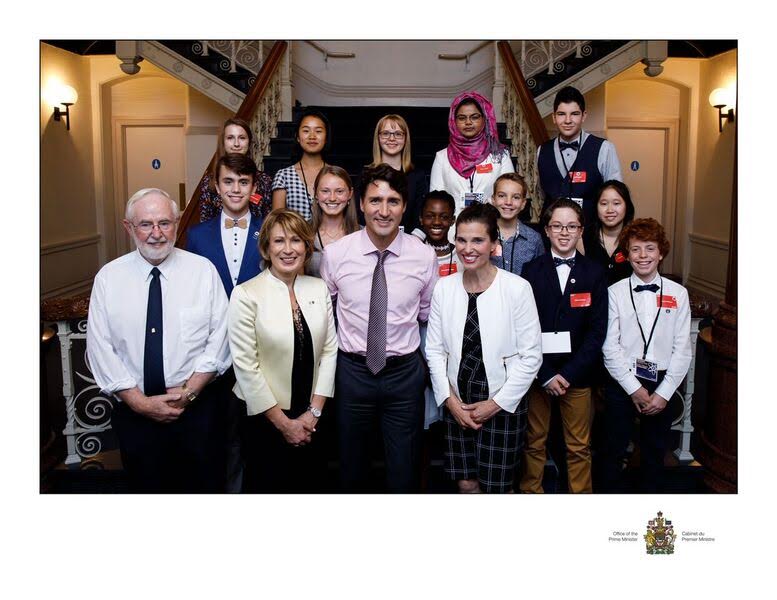 'Prime Minister Justin Trudeau poses with our two little inventors and other participants at the exhibition.' The two inventions that were exhibited at the Science Fair were the SCAF, a communication device for ants, and the Chaud-pelle, a heated snow shovel.

The Chaud-pelle (Hot Shovel), invented by Annaelle, age 11, from Gatineau, Québec. Made real by Richard Scott, a mechanical engineering graduate from the University of Ottawa. 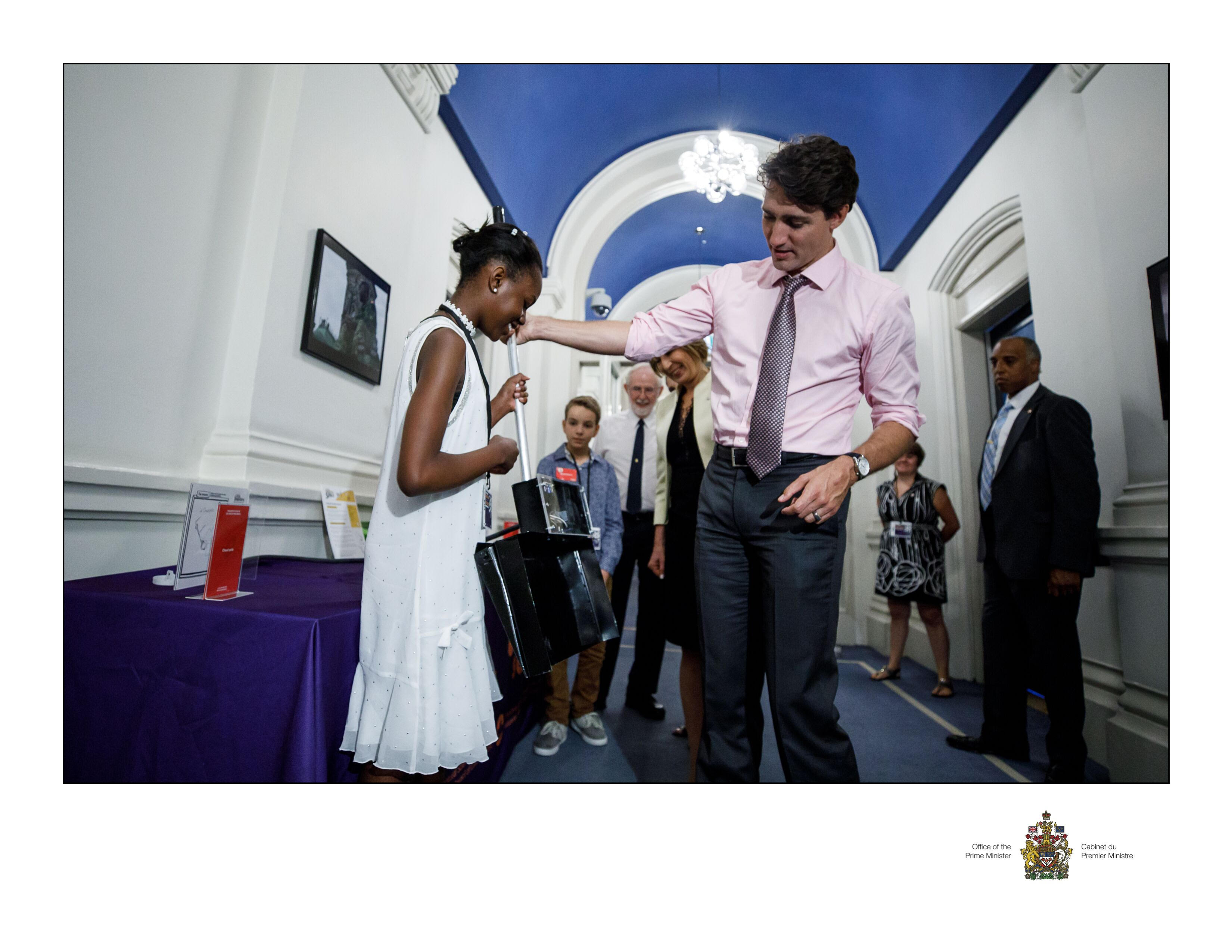